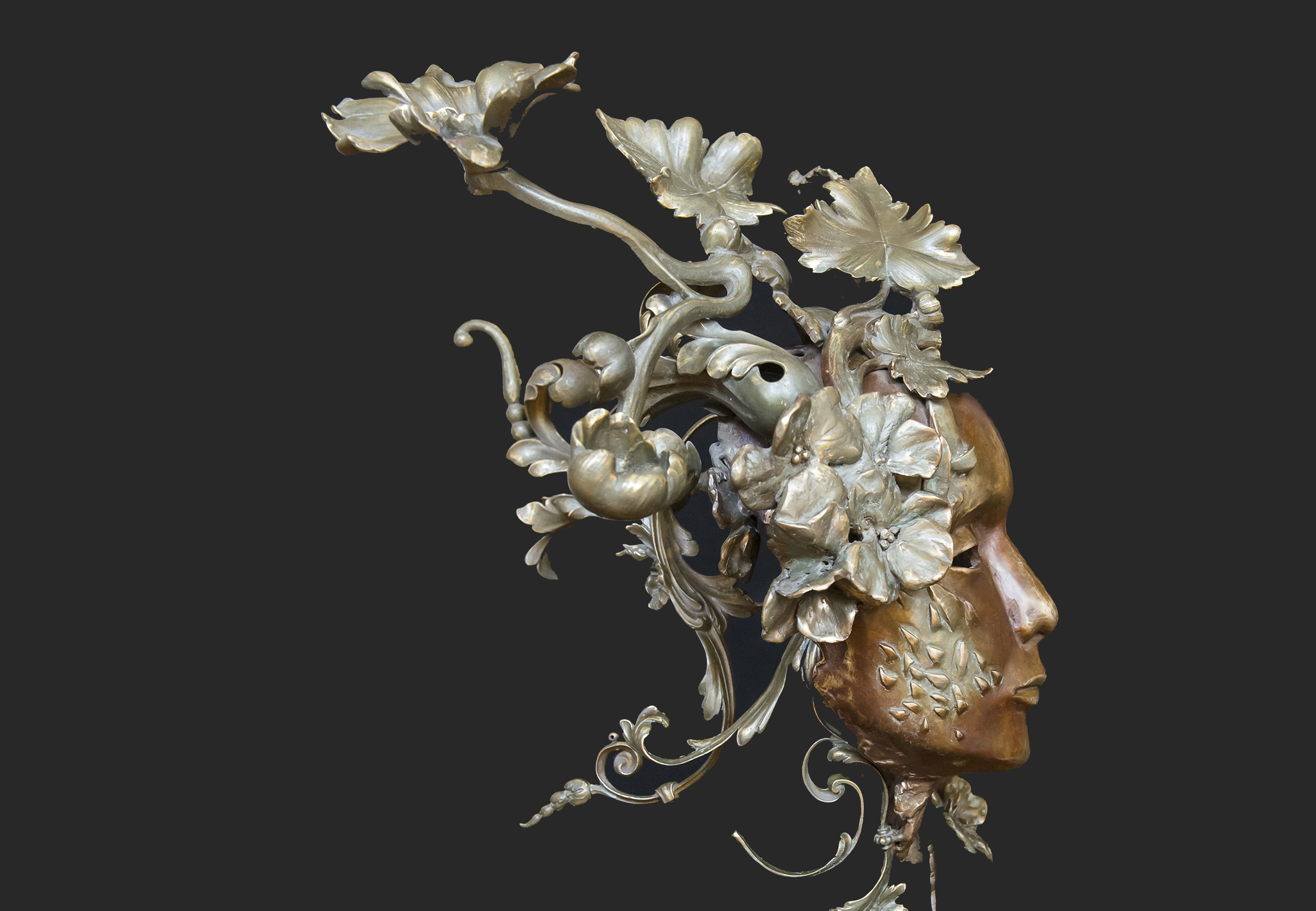 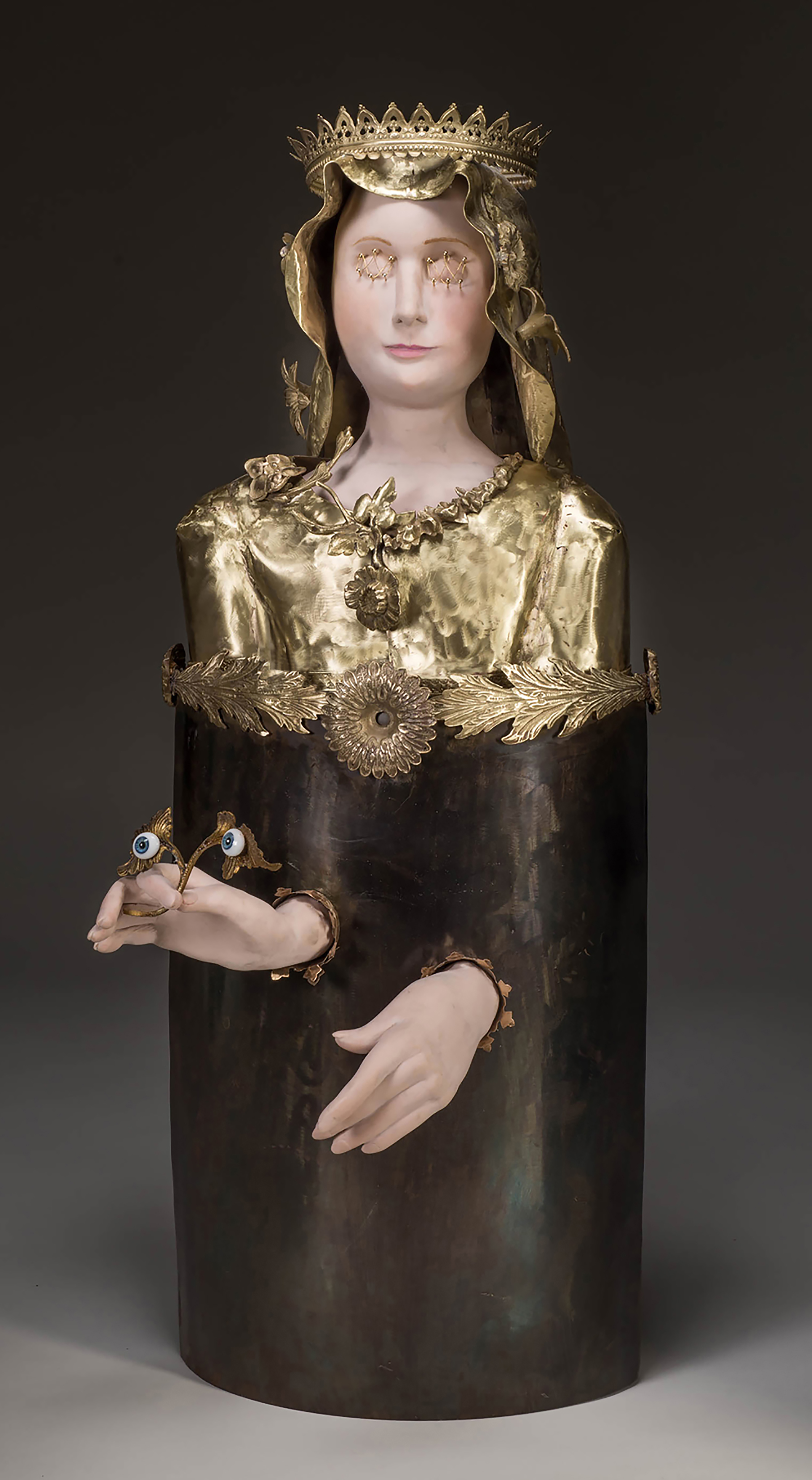 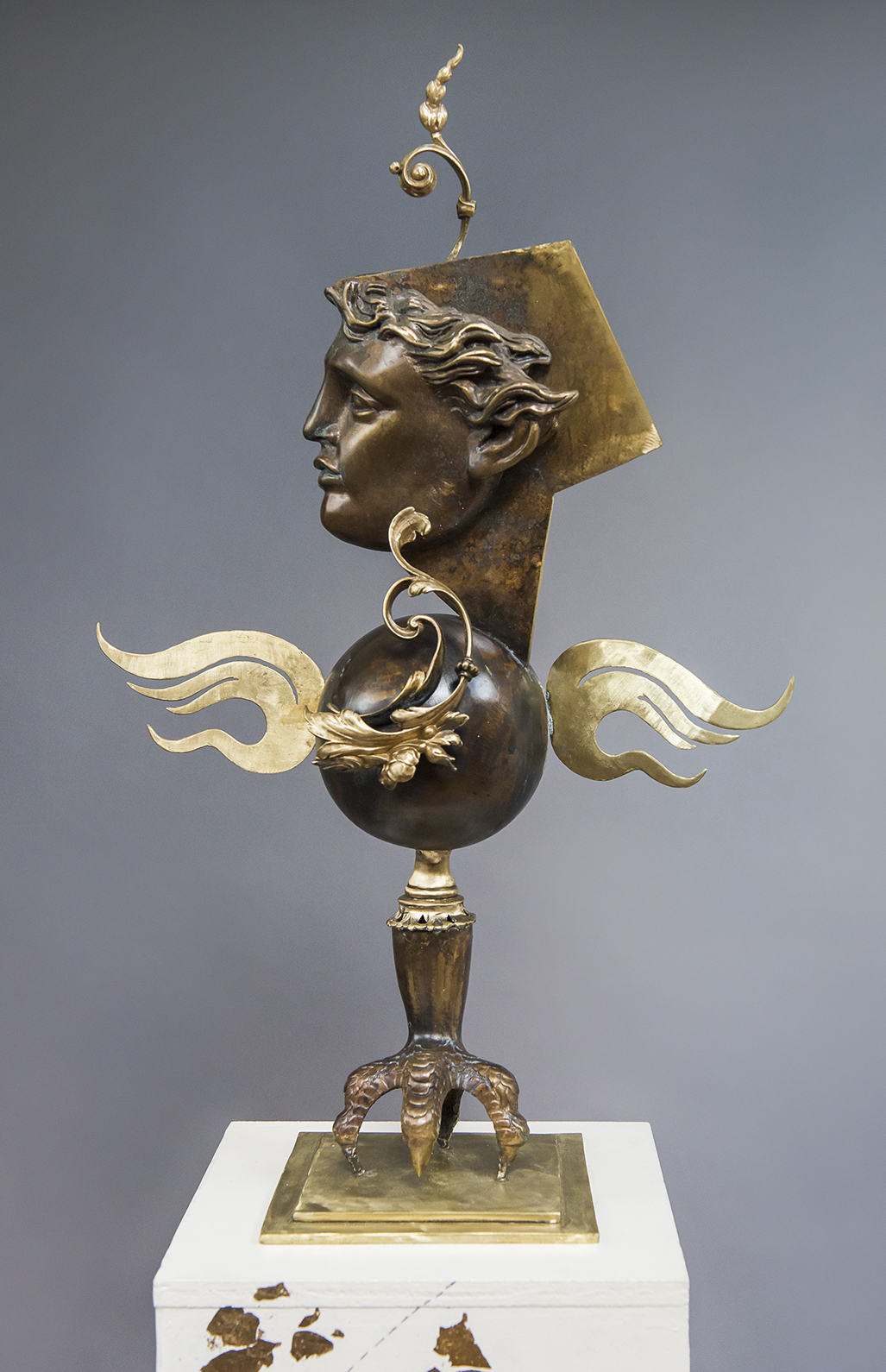 My sculpture and paintings focus on the perception of women in contemporary society, as well as their historical and mythological portrayal. Based on the female figure, my practice is rooted in the mastery of various techniques, includin welding, assemblage, and wood carving, with a strong emphasis on conceptual content. . My most recent work investigates the objectification of women— how far we’ve come, and how far we have to go. Exploring female sexuality and empowerment, earlier repre-sentational sculptural work is informed by Renaissance art, Surrealism, and mythology, and embraces a variety of media including cast bronze and resin. Résumé Lannie Hart is a sculptor and painter. She graduated from Virginia Commonwealth University in Richmond, Virginia and moved to New York City where she worked as a graphic artist and a fine art artist. She had her first one person show at Julie Schaffler Artisans Gallery, NYC in 1982 and was published in Julie Schaffler-Dale’s book Art to Wear. She is also in the private collection of Julie Schaffler-Dale In 1988 , she had a one person show at the Womens Bank of NY in NYC where she showed her pastel paintings of women and was reviewed in ARTSPEAK. She joined SOHO20 a women’s cooperative gallery in 2009 and was a member for seven years having several one person shows. Hart has had one person shows at SOHO20, NYC, Azarin McCullough Gallery, Sparkill, NY, Broadfoot & Broadfoot, Boonton, NJ and Sculptors Guild, Brooklyn, NY. She has participated in group shows at the Virginia Museum of Fine Art, Richmond, VA, Katonah Museum, Katonah, NY, Jim Kempner Gallery, NYC, A.I.R. Gallery, Brooklyn, NY, Studio 80 Sculpture Grounds, Old Lyme, CT, Sculpors Guild, Govenors Island, NY, Limner Gallery, Hudson, NY, The Wayne Art Center, Wayne, PA , Contemporary Craft Museum, NYC, Julie Artisans Gallery, NYC and many others. Other awards she has been given are Silvermine Gallery, New Canaan, CT, second place in sculpture, Hampton Roads Gallery, Southampton, NY, second place sculpture and Pen and Brush Gallery, NYC, first place in sculpture Lannie Hart has been published in Art to Wear by Julie Schafler-Dale, Abbeville Press, 1986,The Next Juried Show, catalog Virginia Museum, 1983, Bags, Contemporary Crafts Museum, 1978, The Art of Sewing Novel Materials, Time Life, 1974, Creative Crochet by Nicki Hitz-Edson and Arlene Stimmel, Watson-Guptile 1974. Her professional activity has been: 2009 Taught sculpture at Brookfield Center for the Arts, Brookfield CT, member of SOHO20 Gallery 548 West 28th St, NYC for 7 years, member of Sculpture Guild, Brooklyn, NY, and VP of publications since 2012 She has worked as Art Director of Package Design for Helena Rubinstein, Estee Lauder, and Elizabeth Arden. She owned and operated Hart Design, a 3-D graphic design studio in NYC for 14 years. She now lives and works in Westchester, NY LANNE HART I am interested in asserting women’s equality, as well as the study of woman as a meta-phorical image. Whether evocative of nature, steeped in religion, or cloaked in other cultural references, the subjects of my work are often simultaneously beautiful and fractured, vulnerable yet powerful In 2012 she won first purchase prise a t the Williamsburg Art and Historical Center in Brooklyn, NY. The piece called What was She Thinking when She Walked Down the Isle, was acquired by the Yuko Nii Foundation's Permanent Collection. She won a $10,000 grant in 2015 from Historic Hudson Valley for a sculpture in Van Courtlandt Manor, Croton-On-Hudson, NY. Also in 2015, Hart gained representation by Broadfoot and Broadfoot, Boonton, NJ. and stayed with Broadfoot and Broadfoot until 2018. Exploring female sexuality and empowerment, earlier representational sculptural work is informed by Renaissance art, Surrealism, and mythology, and embraces a variety of media including cast bronze, resin, welded steel and brass, carved wood, and found object assemblage. 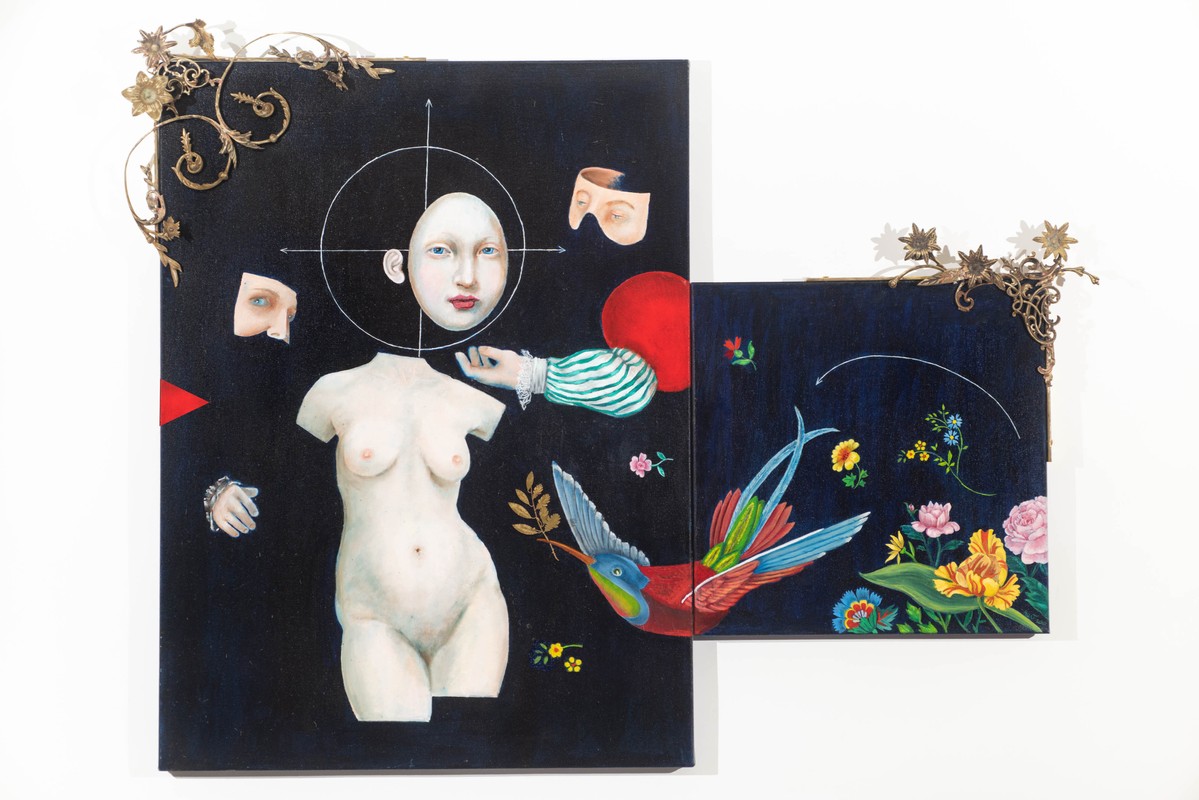 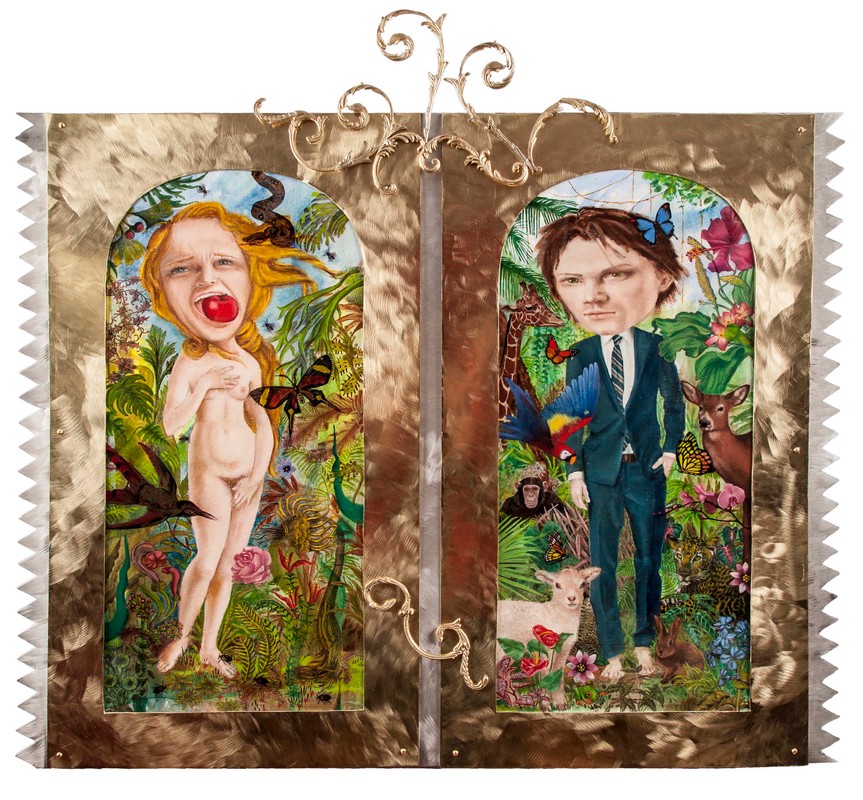 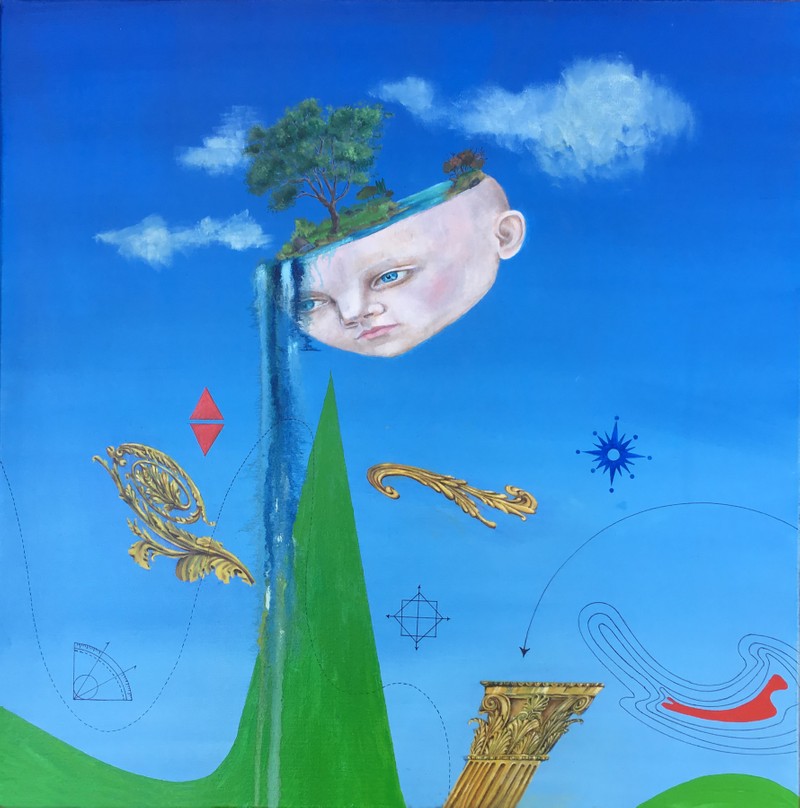 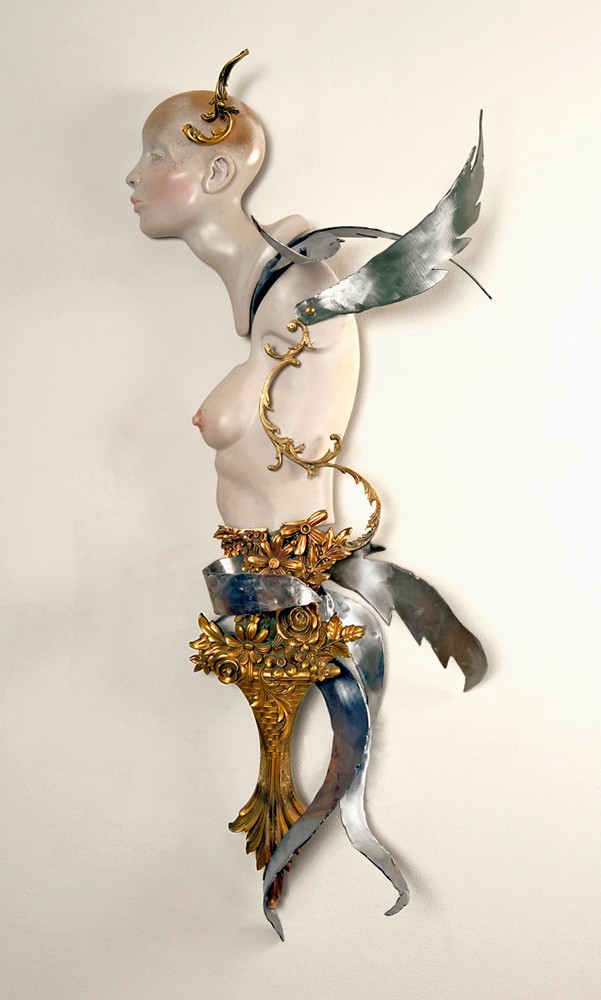 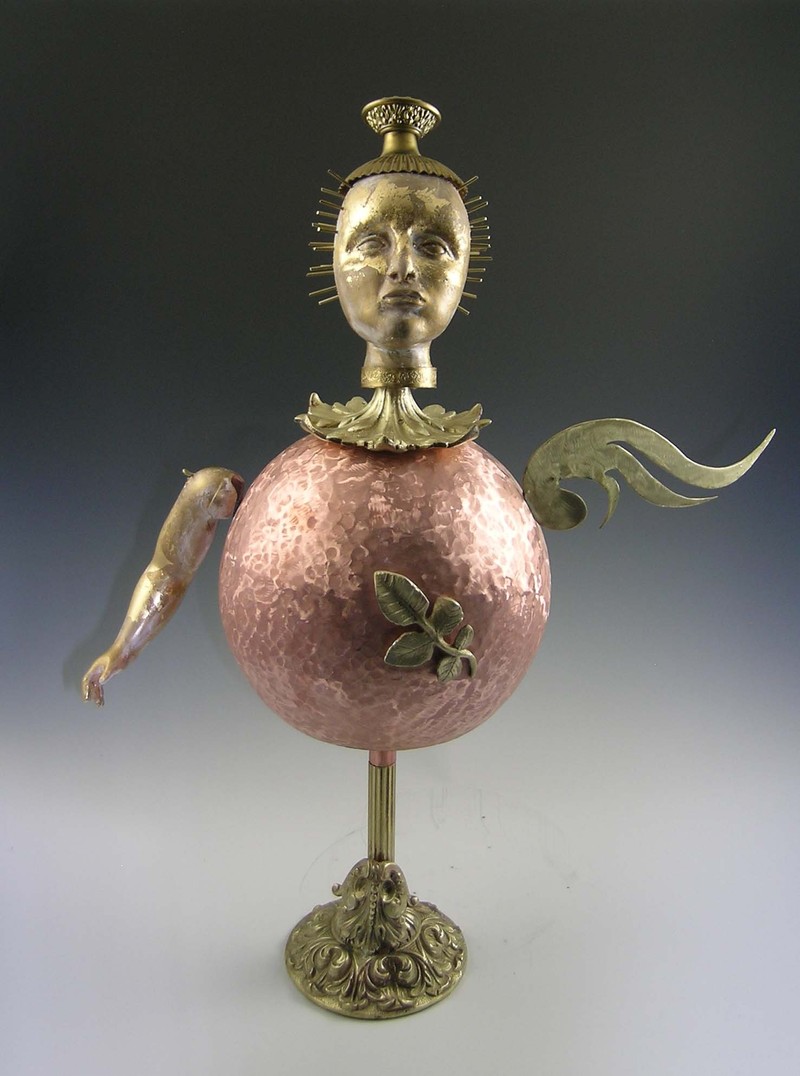 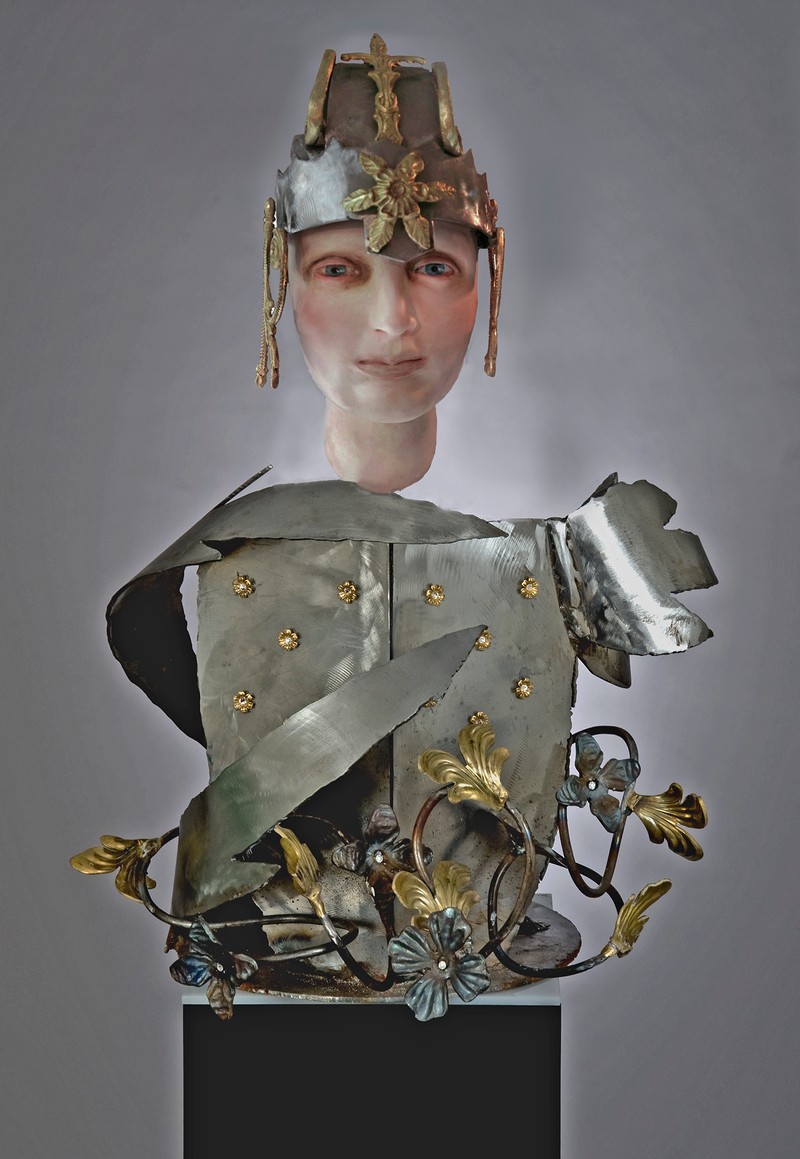 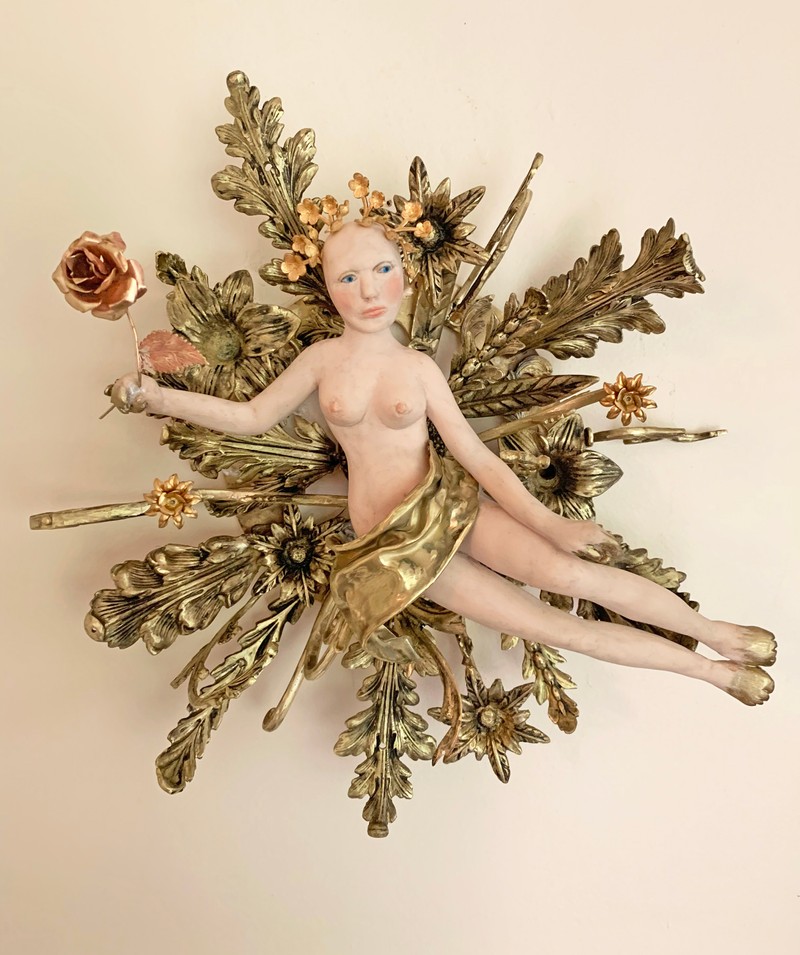 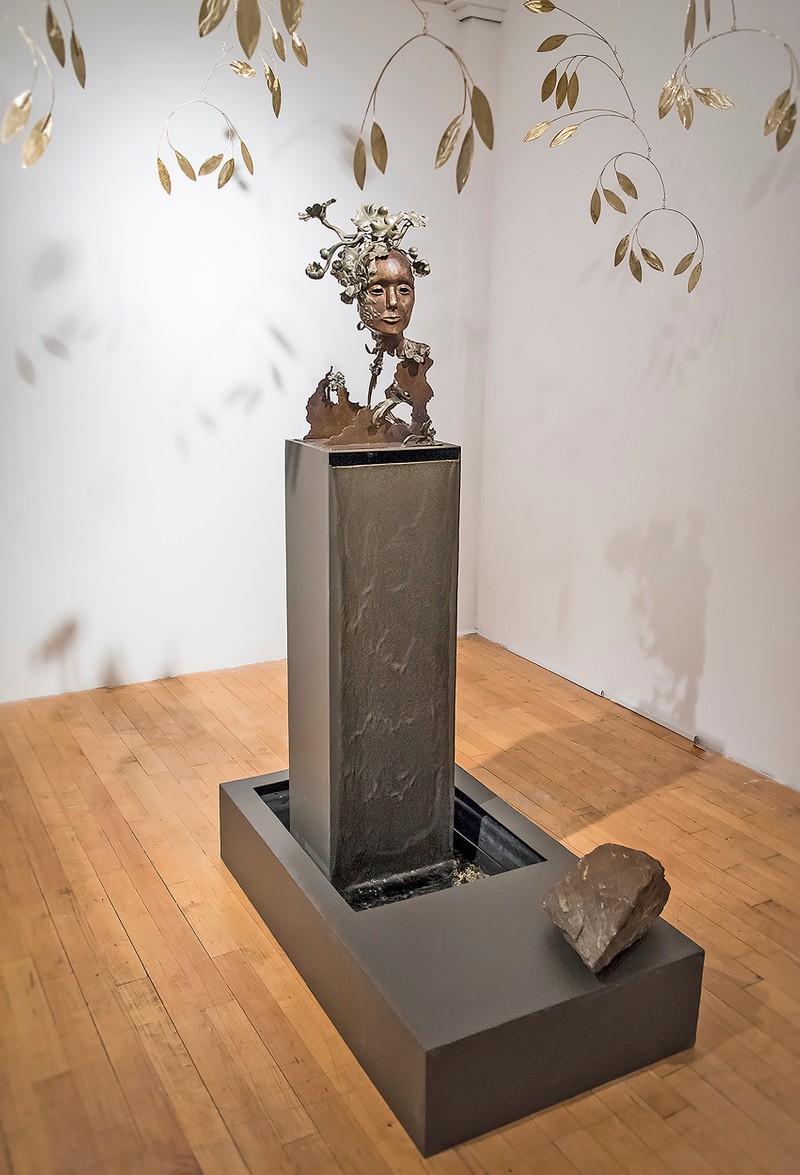 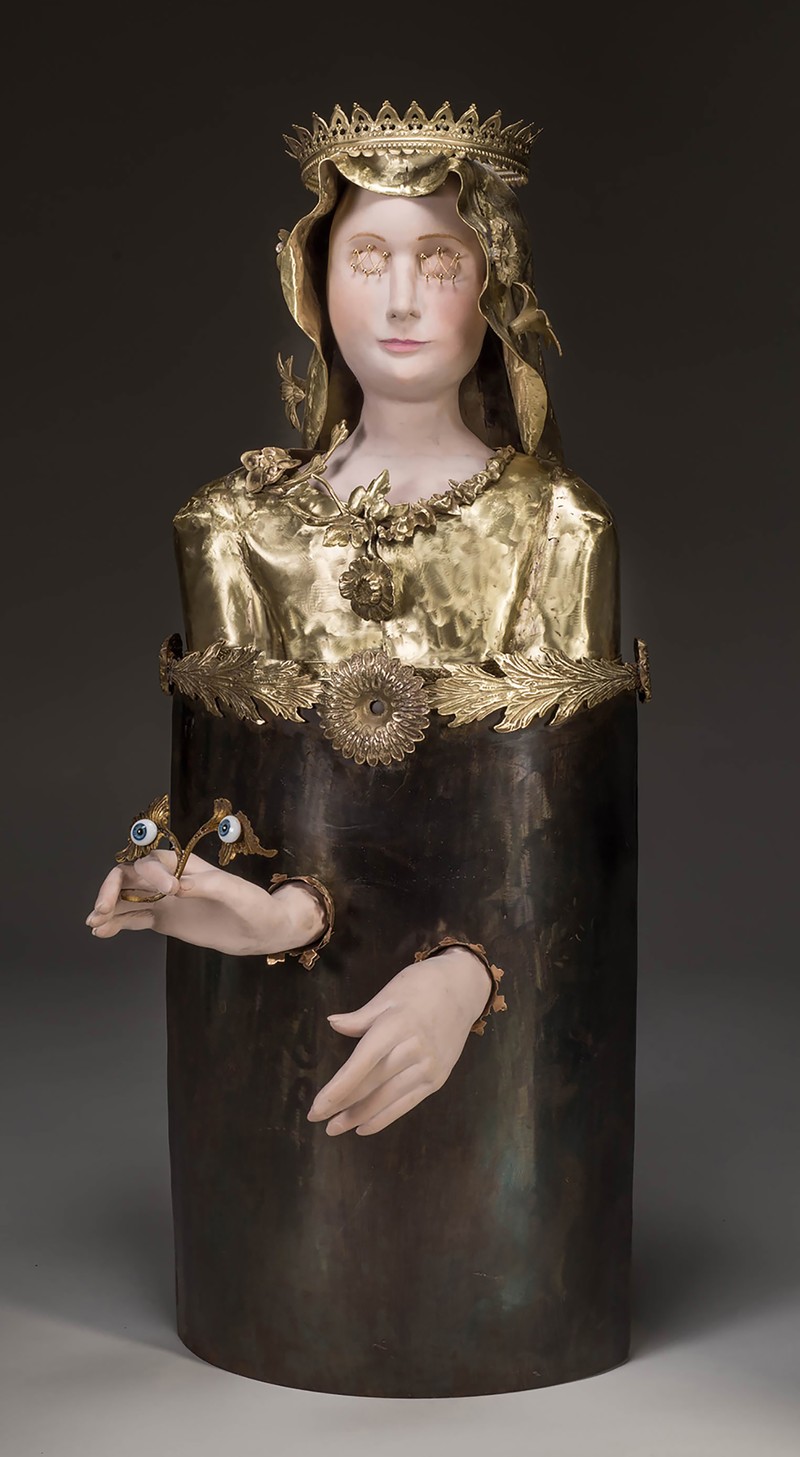