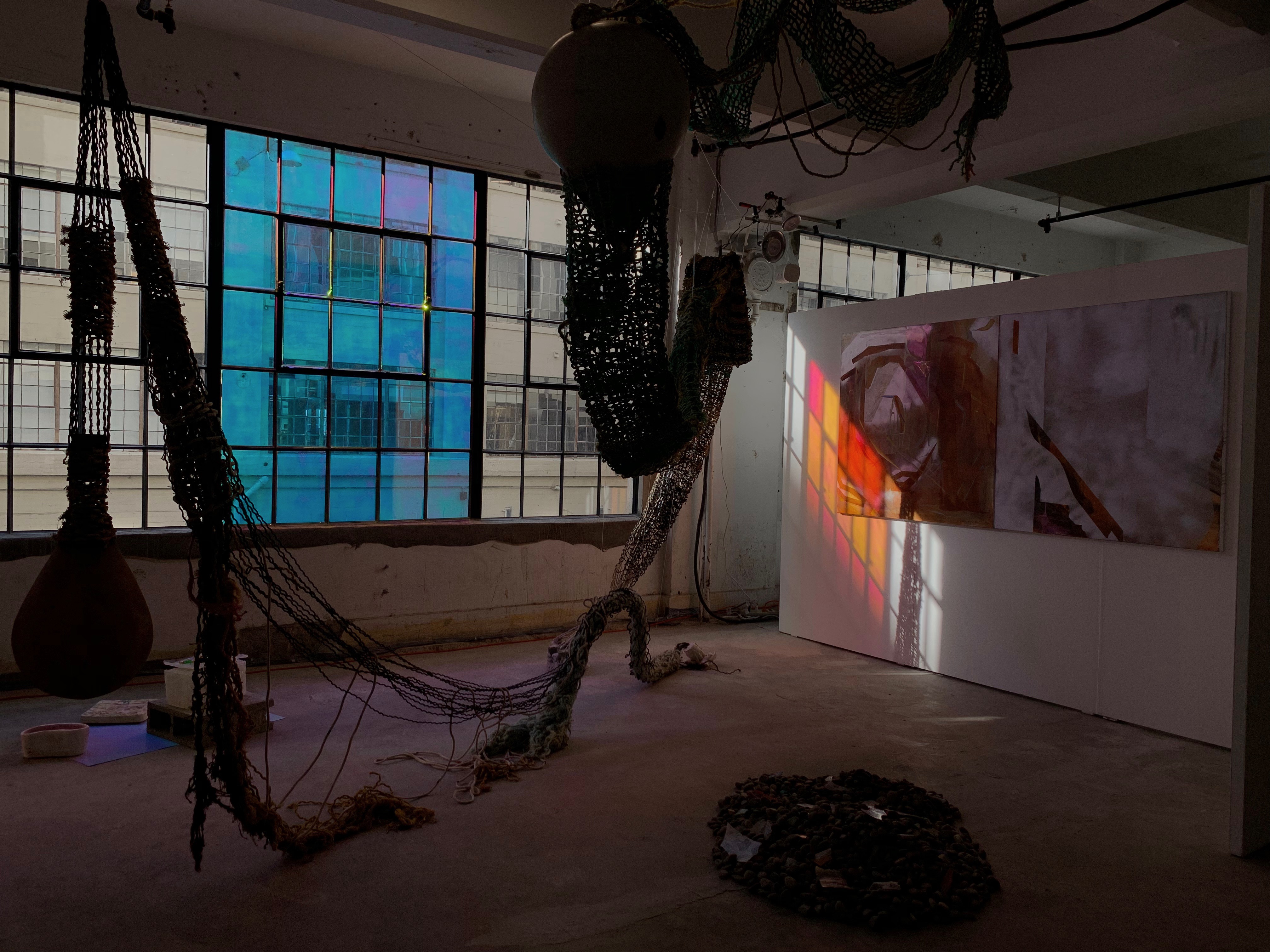 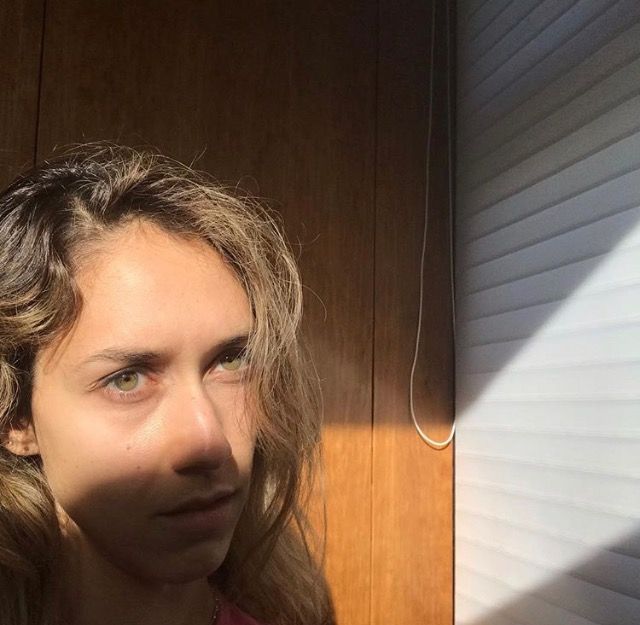 Janna Avner creates oil paintings that respond to new technologies and current events. As a painter and curator, Janna Avner cofounded FEMMEBIT, a digital art festival celebrating female-identifying artists in Los Angeles. Her artworks are covered in Vice, Hyperallergic, LA Weekly, Artforum, and ArtNews. Janna was a guest speaker for UCLA’s Digital Media Arts Department (2017), and the New York Times School (2019). Her writings on Artificial Intelligence were published in “What Future: The Year’s Best Ideas to Reclaim, Reanimate, and Reinvent Our Future,” considered one of the best science books of the year by Smithsonian Magazine. Janna was quoted in the Los Angeles Times, the New York Times, and the Paris Review. Janna graduated from Yale University in 2012 and is a Masters candidate at California State University Northridge. Artist Statement My paintings question what is perceivable—digital spaces can now feel more real than ones away from the keyboard, and we can move through forest simulations on foreign terrain and even war zones while sitting in our living rooms. Yet the impressions created by software of a still life or a landscape are slightly blurred, pixelated, and unsure of their own vector. Places, whether physical or digital, are always being altered and changing. My work deals with this transitory nature, and for this reason, is underpinned by the belief that nothing belongs exclusively to one space. While any given experience is a vivid instance of region specificity, it also is situational. Regional heritage, a collection of prior instances, is fragile and precious. It can easily be lost unless tended to and remembered well. My current work is a series of paintings that addresses the resulting complexities of origin and feelings of displacement in the digital age. I explore these themes through virtual, non-site specific depictions and through tangible portrayals of the Alaskan wilderness remembered as a child and adult. I am part Alaska Native, Koyukon Athabascan, but was raised in Los Angeles. I intend for my work to respond to the digital age by reflecting an empowered, multicultural positionality. My work incorporates reflective mediums into the practice of oil painting. I achieve this through the interplay of depth and light resulting from layering vibrant brushstrokes, glowing bits of oil paint, metallic spray paint, resin, nail polish, and refraction gradients. By integrating reflective mediums, my paintings’ saturated color palette competes with the additive light of the room they exist in, relying as much on the lighting they are placed in, as on their own internal formations. Mimetically describing a mountain and deep space, my images might disassemble into ephemera. Their saturated palette is de-familiarizing, an attempt to speak to an estrangement from nature. It conveys the feeling that the idea of a place or object being natural, organic, or original, are unstable concepts in themselves. 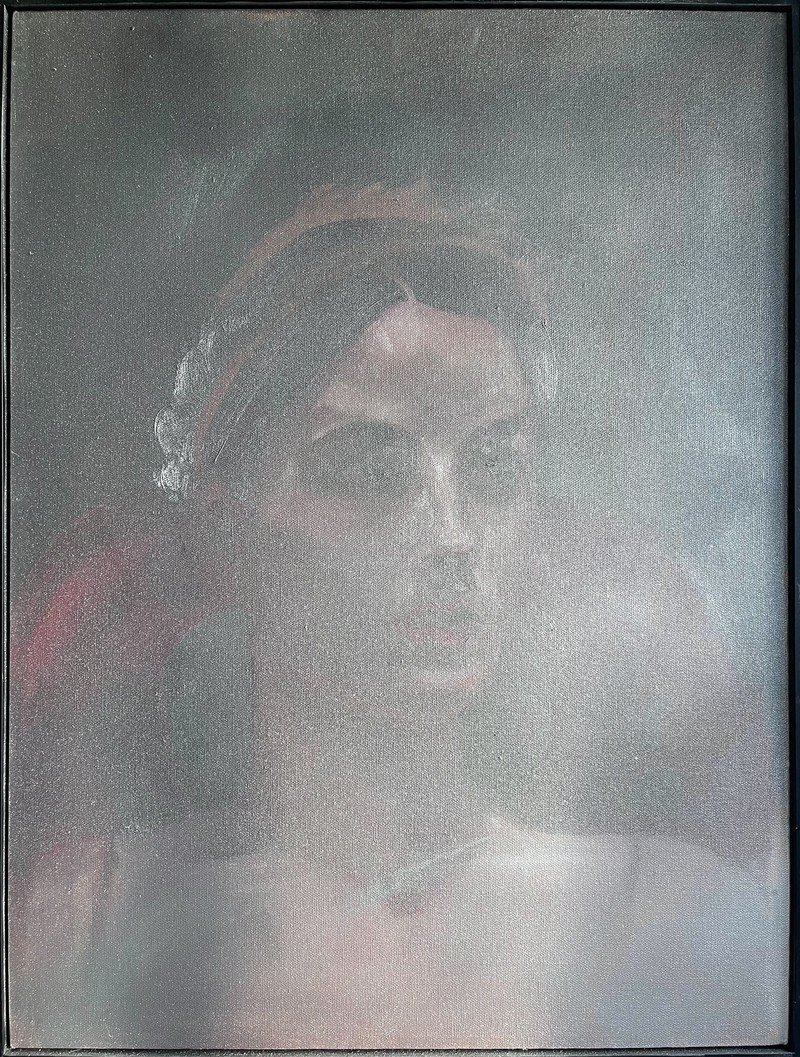 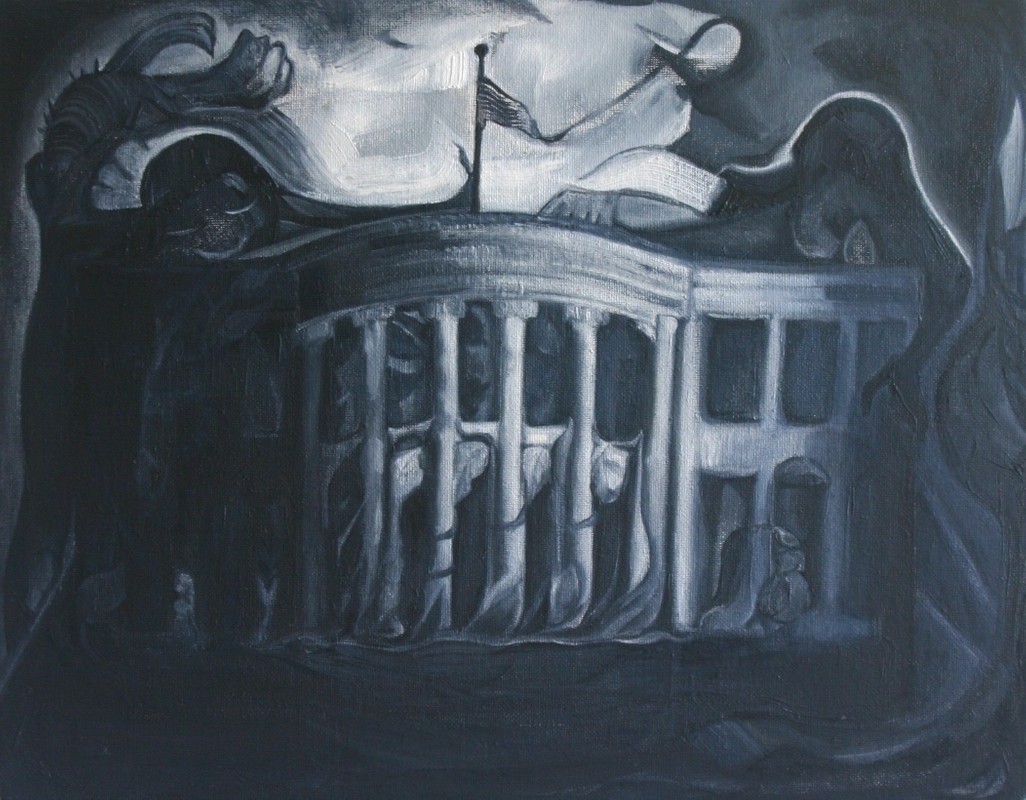 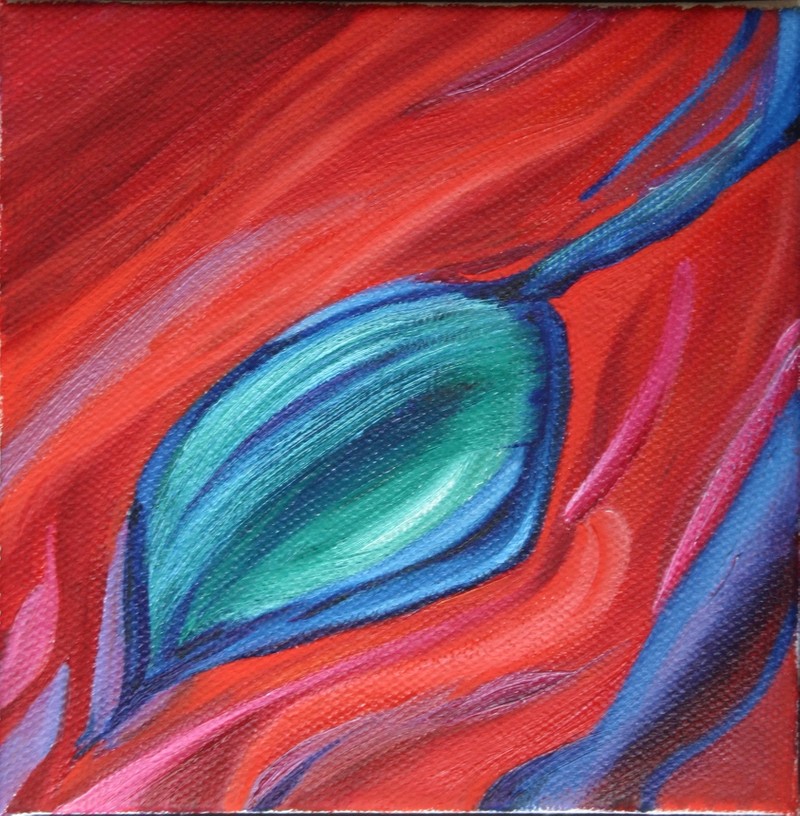 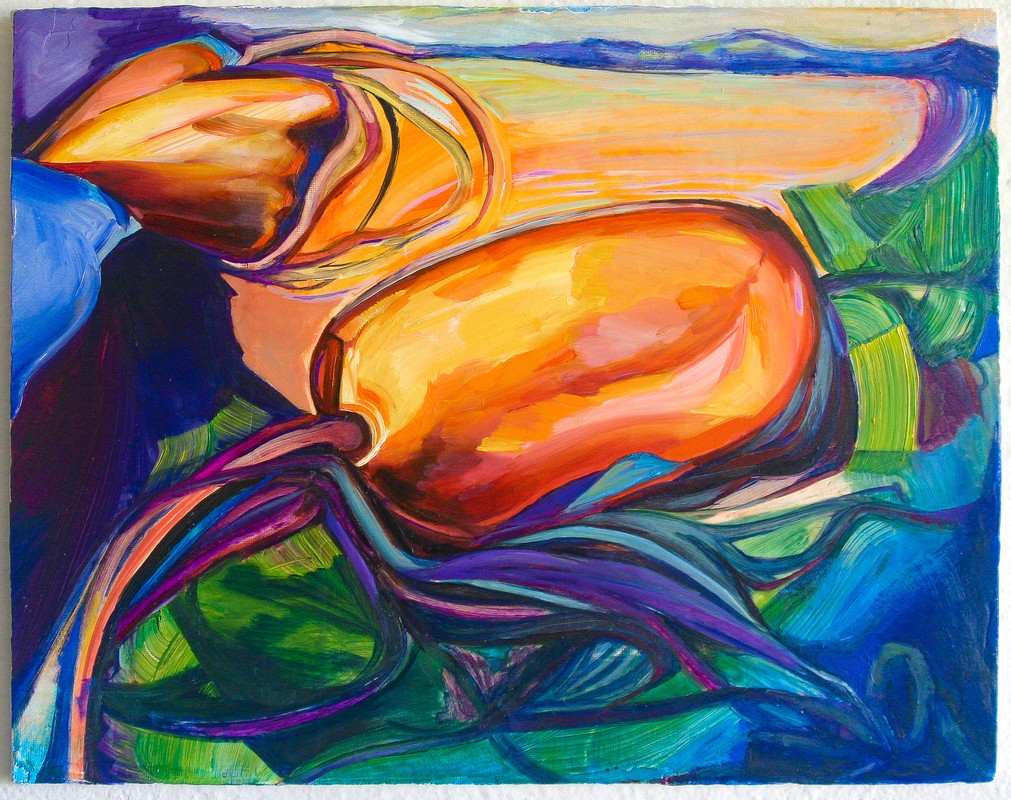 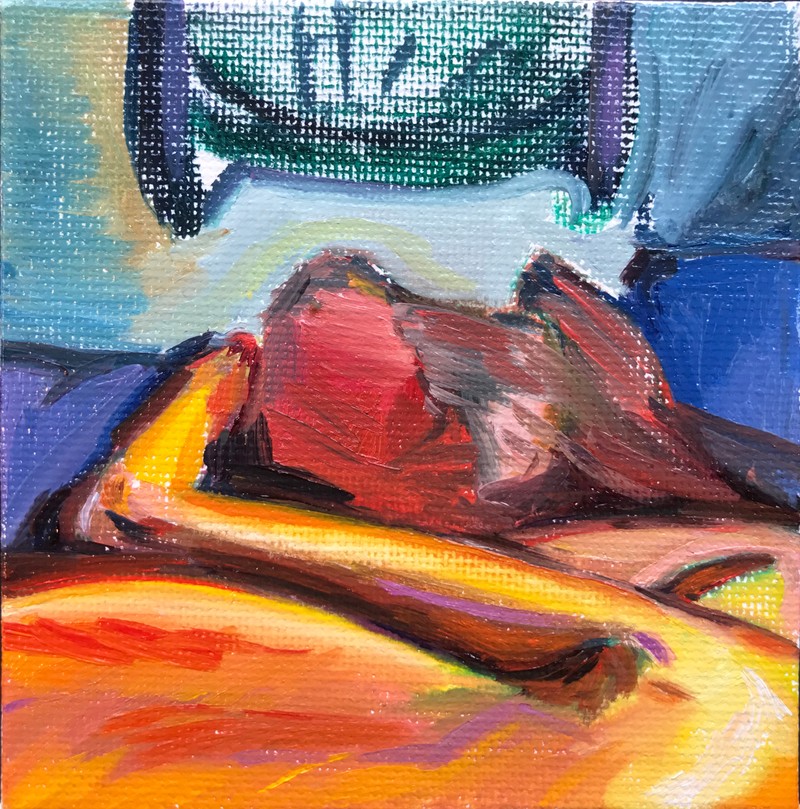 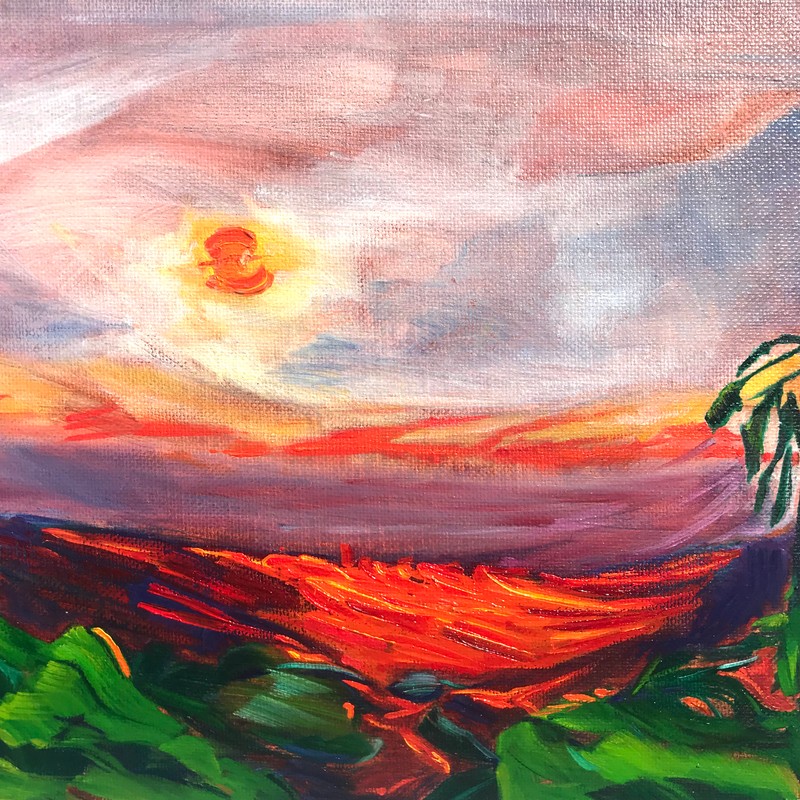 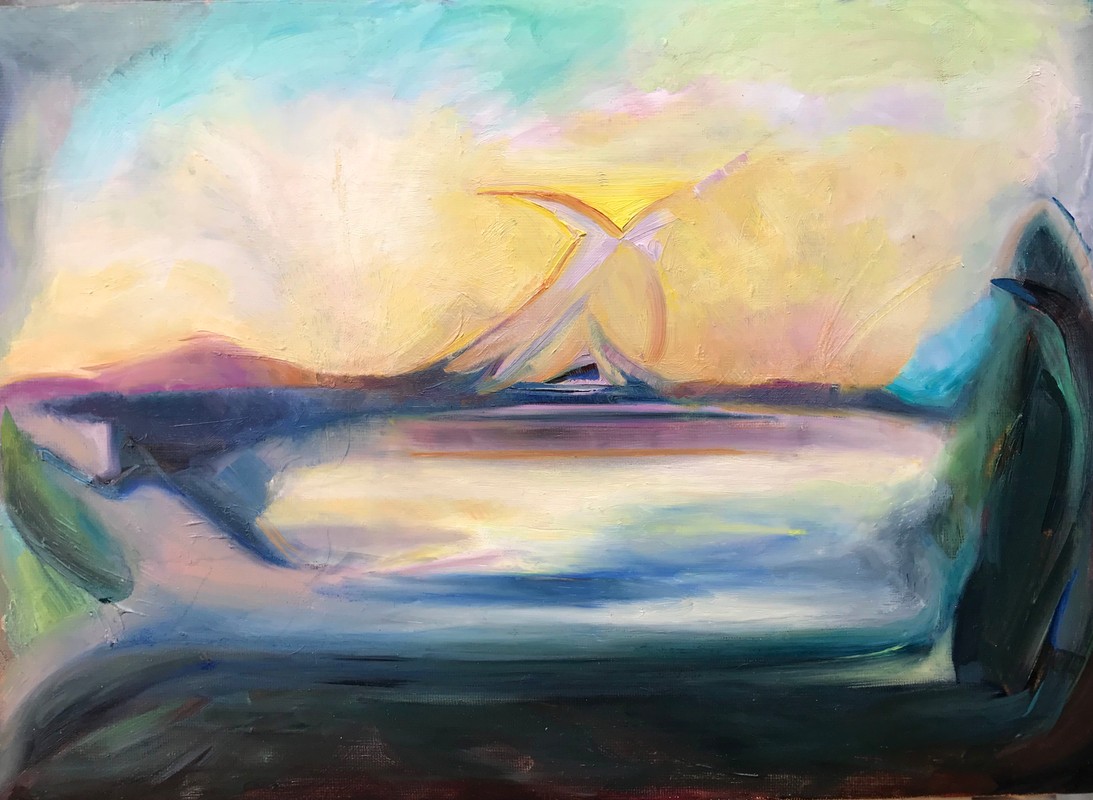 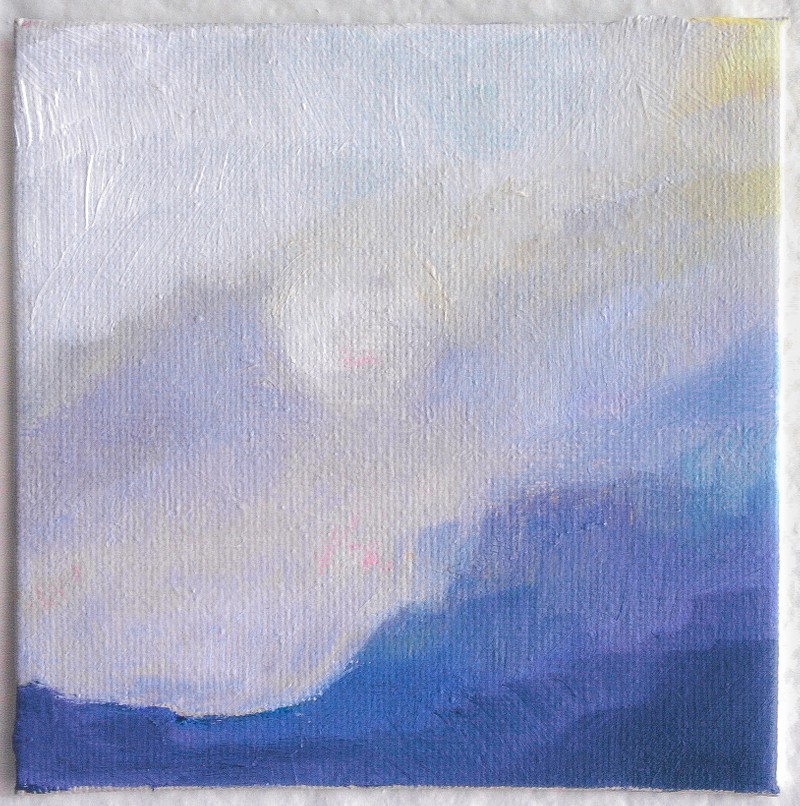 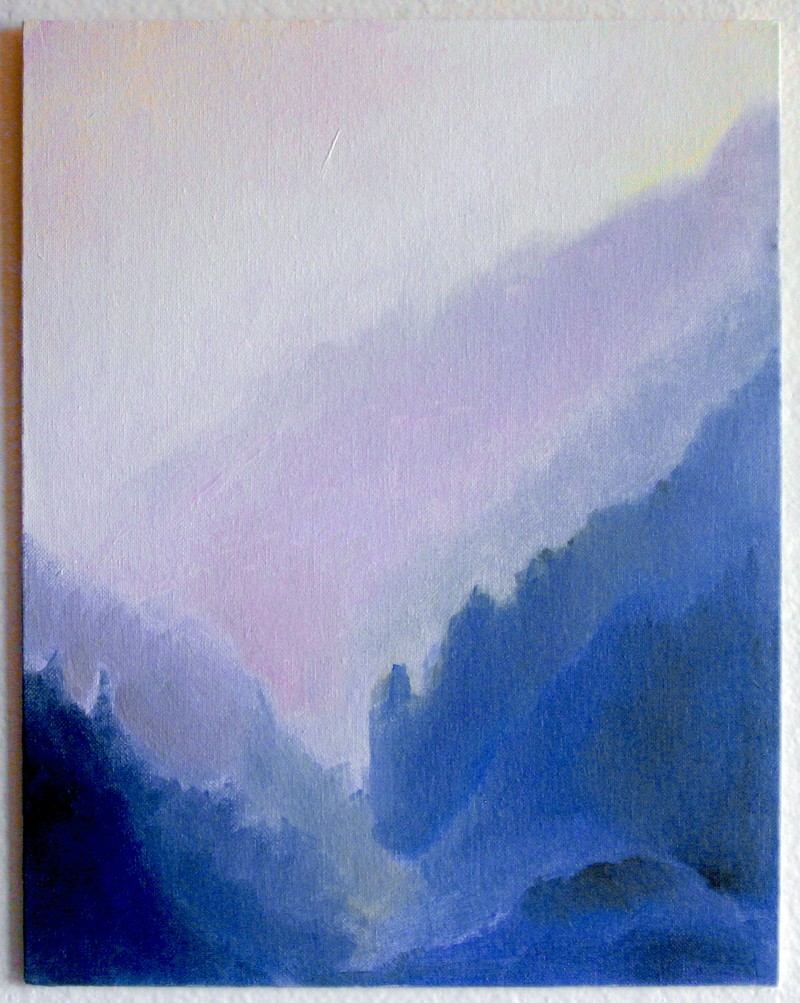 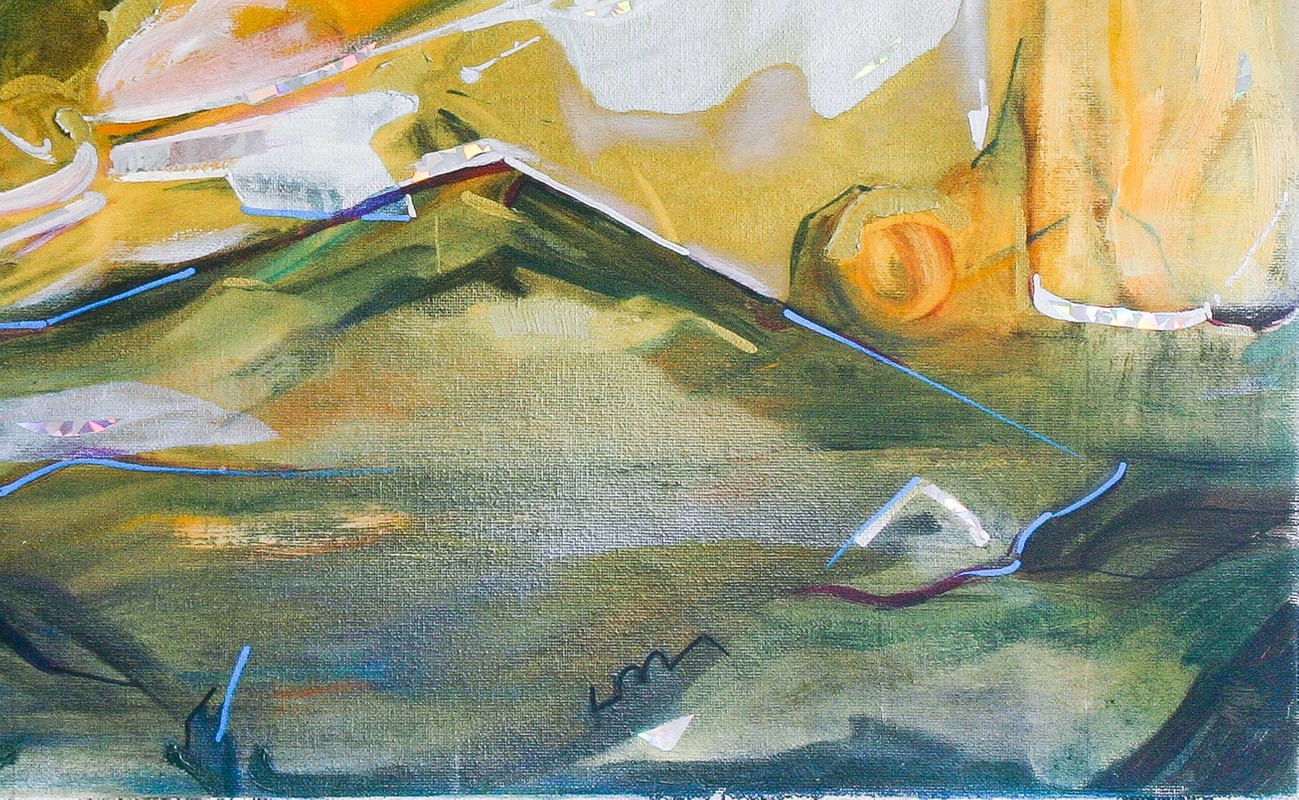 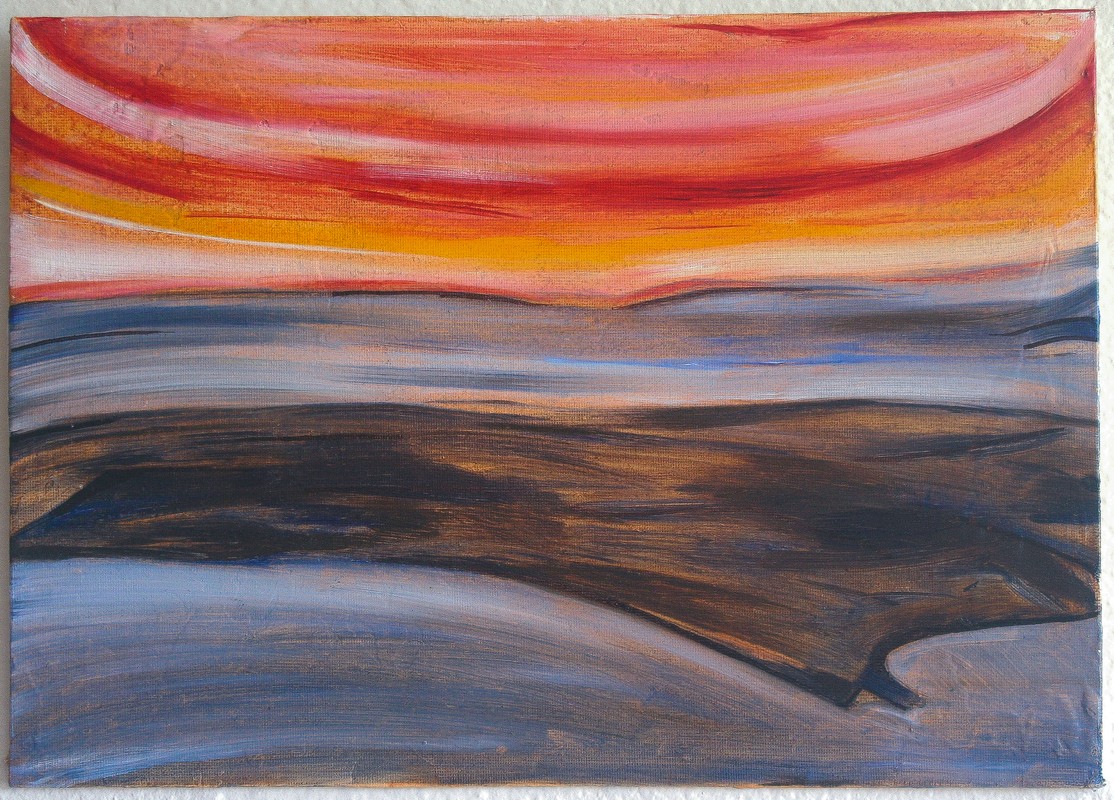 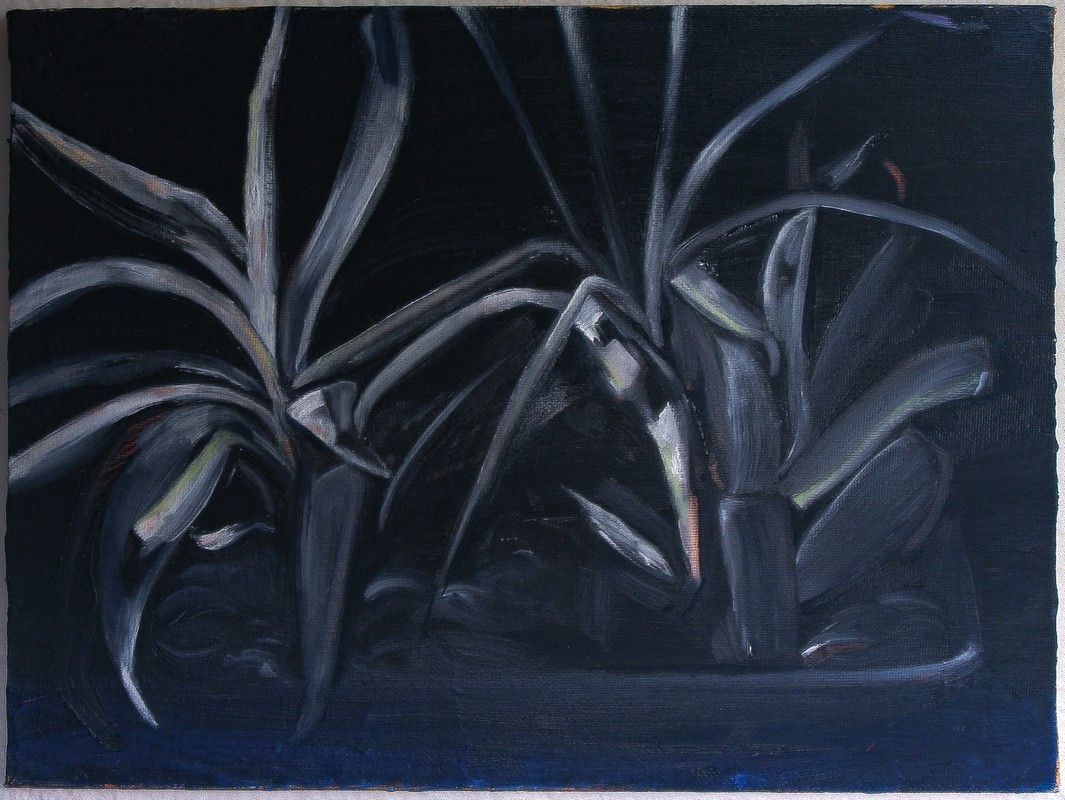 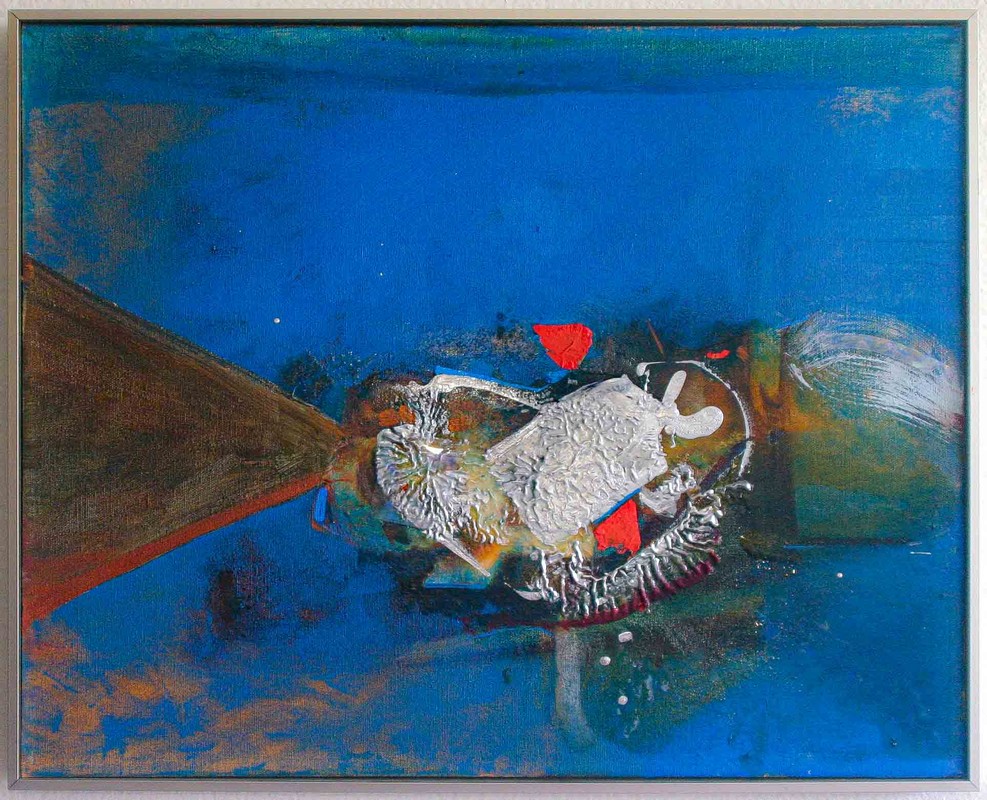 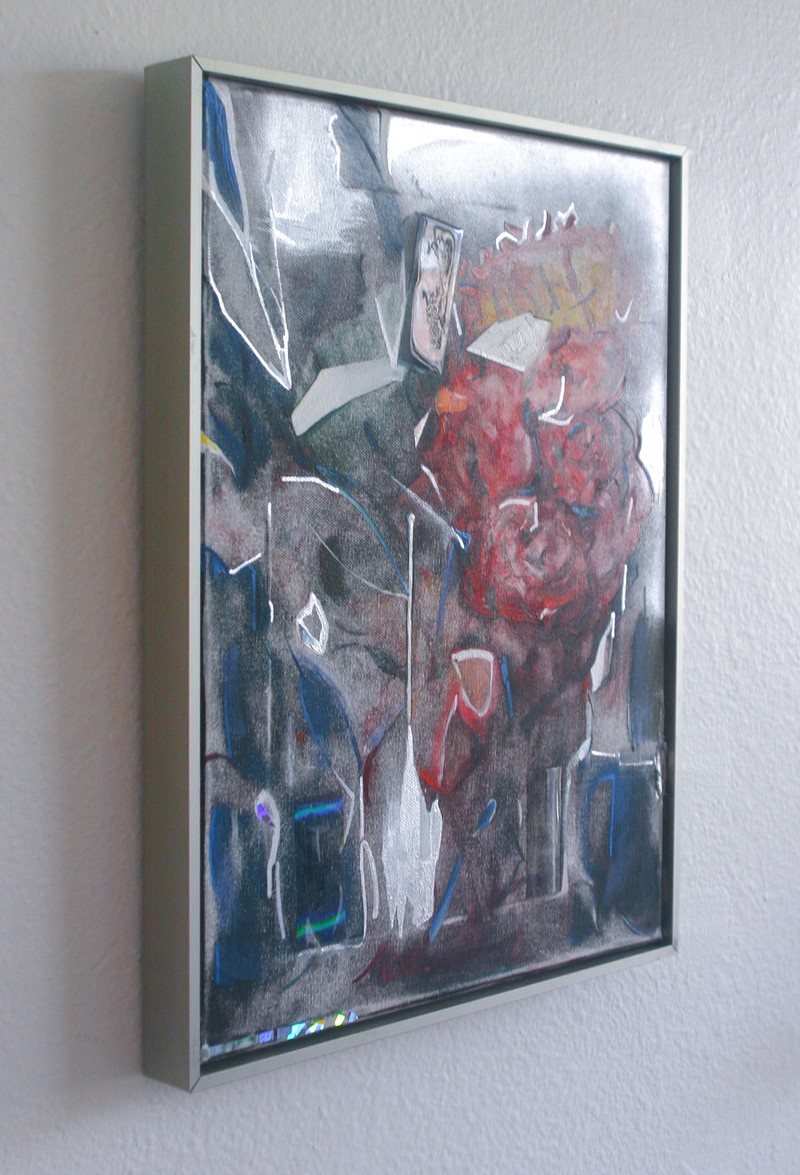 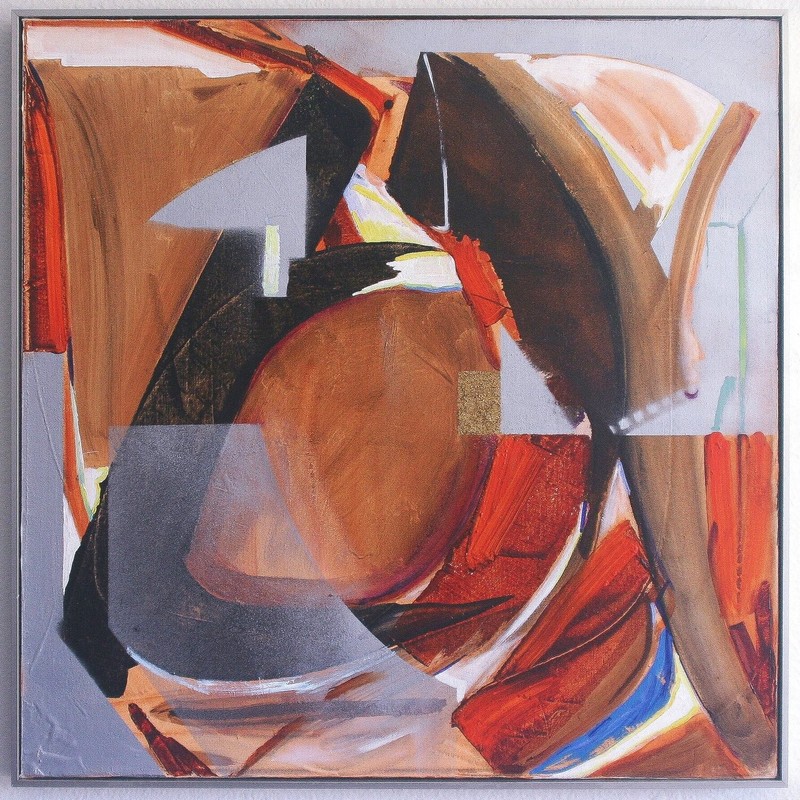 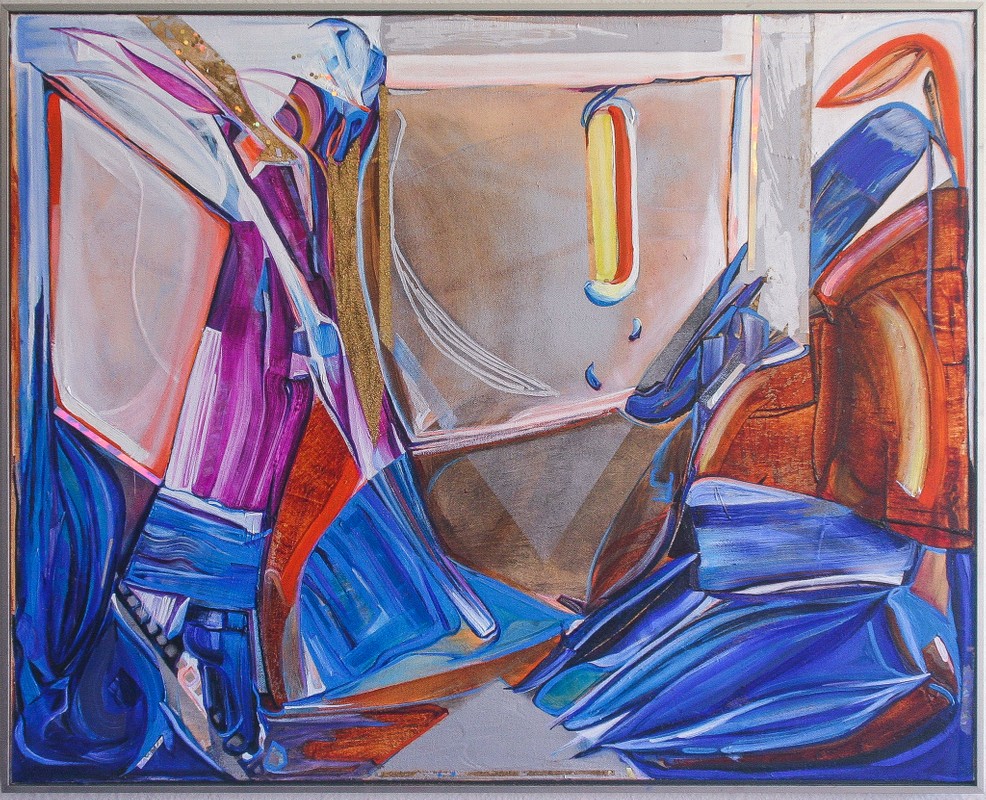 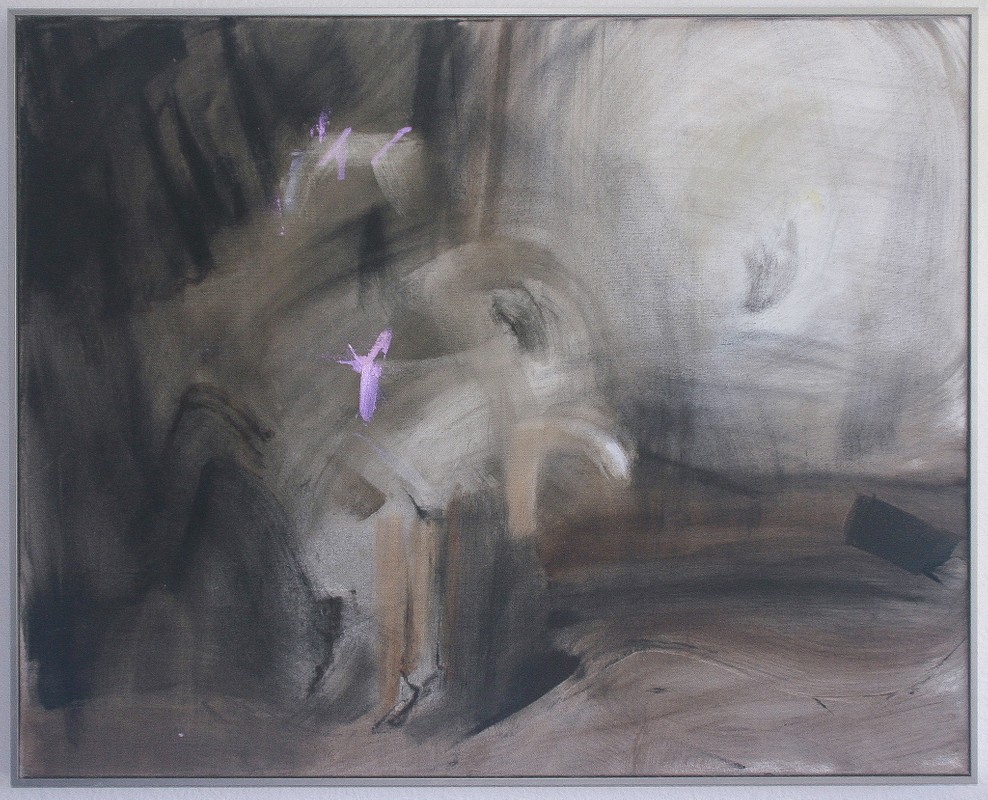 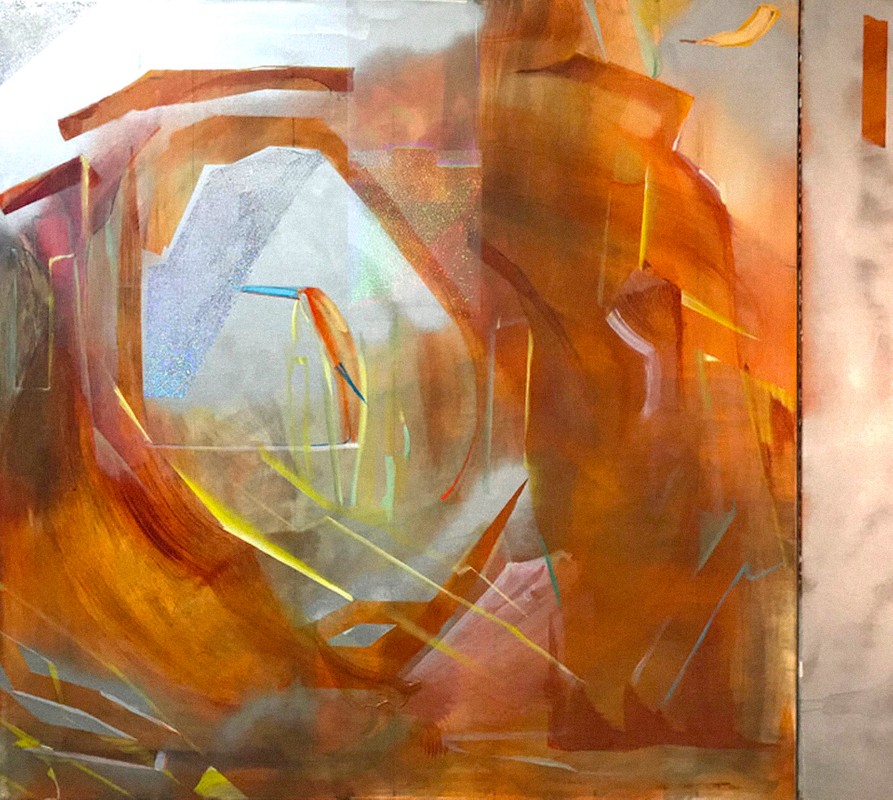 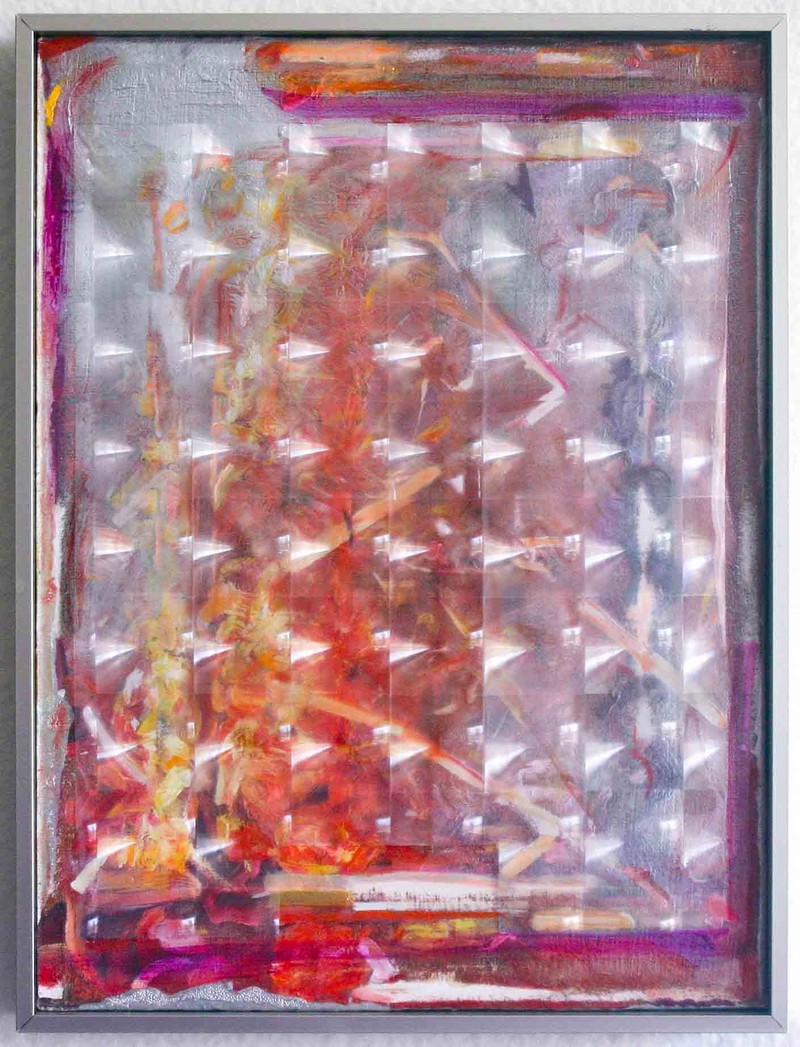 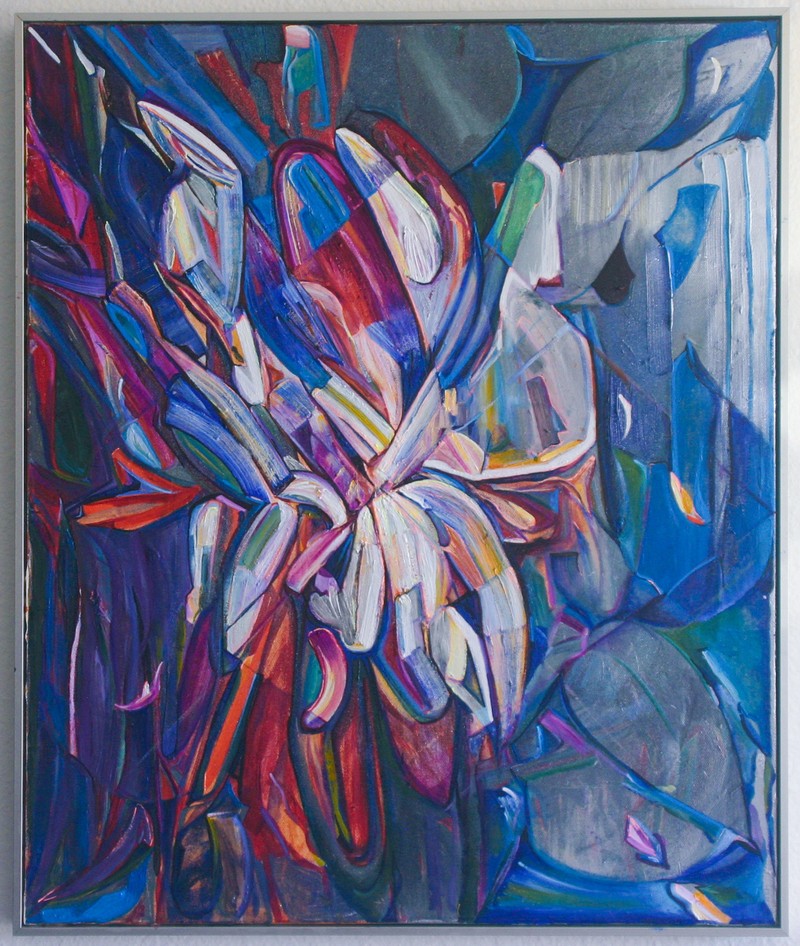 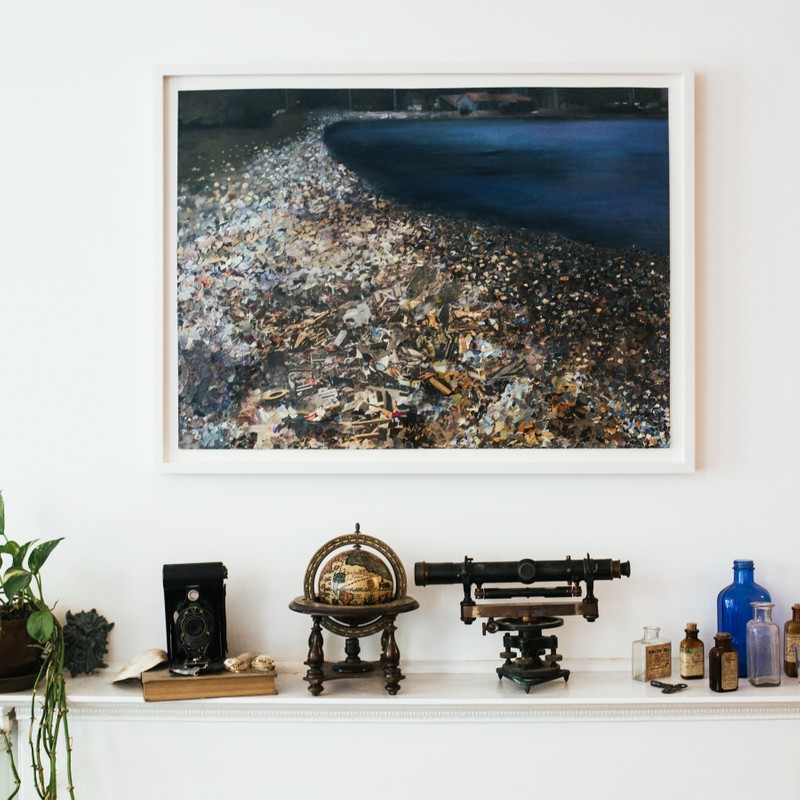 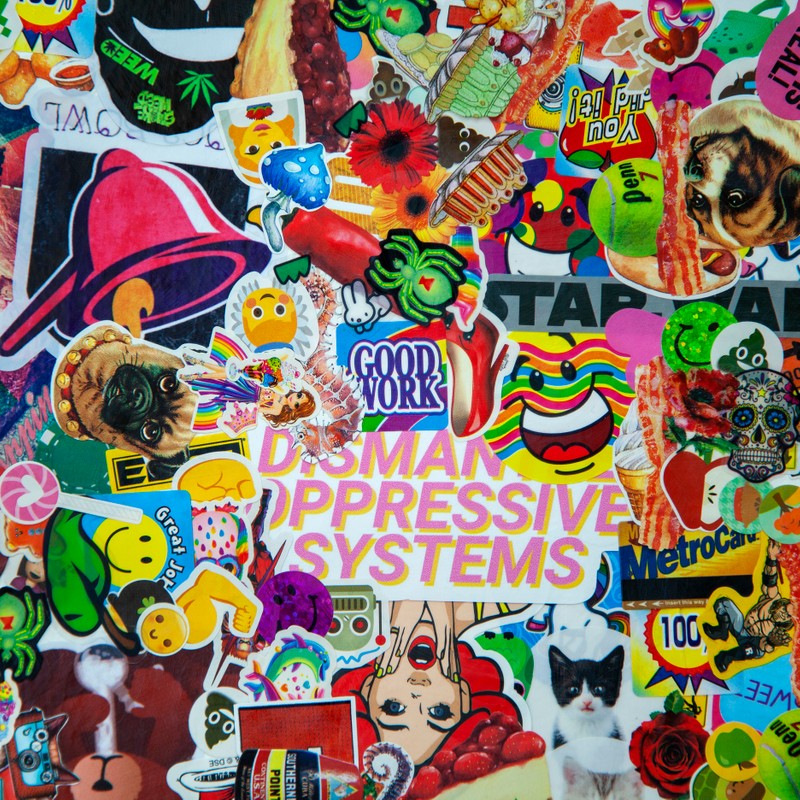 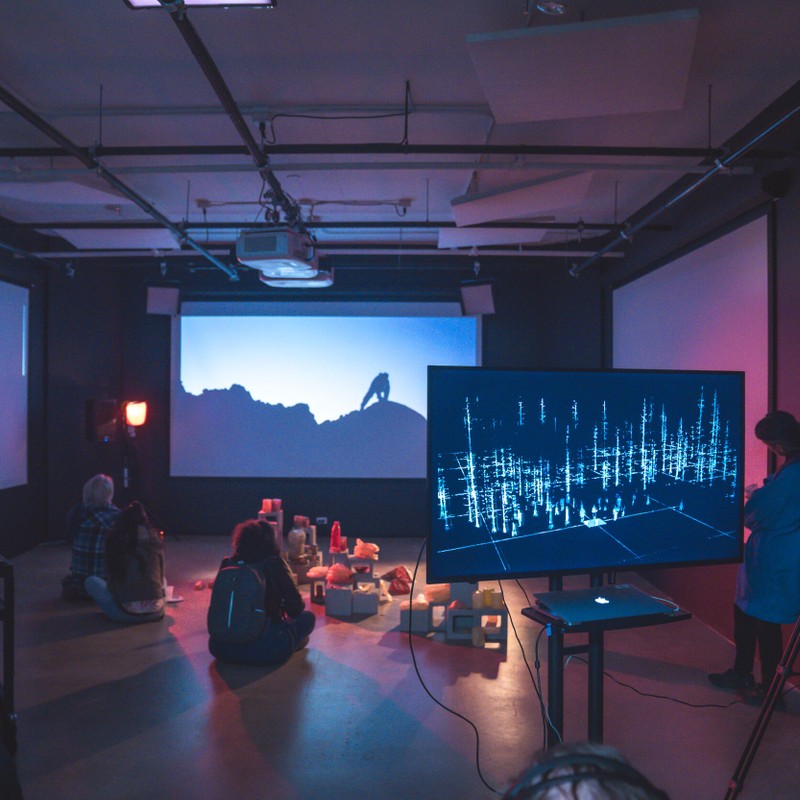 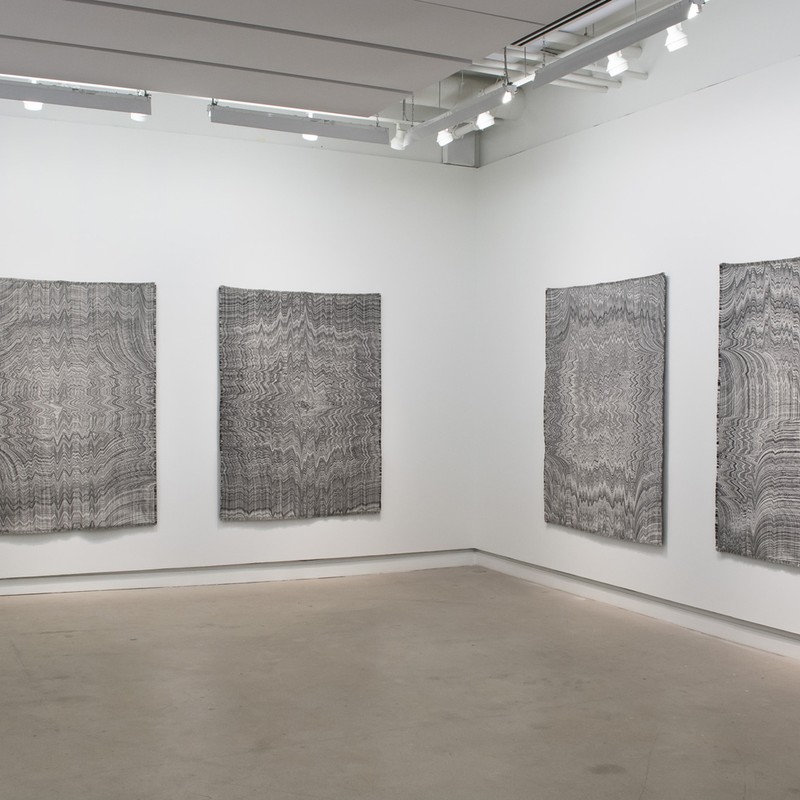 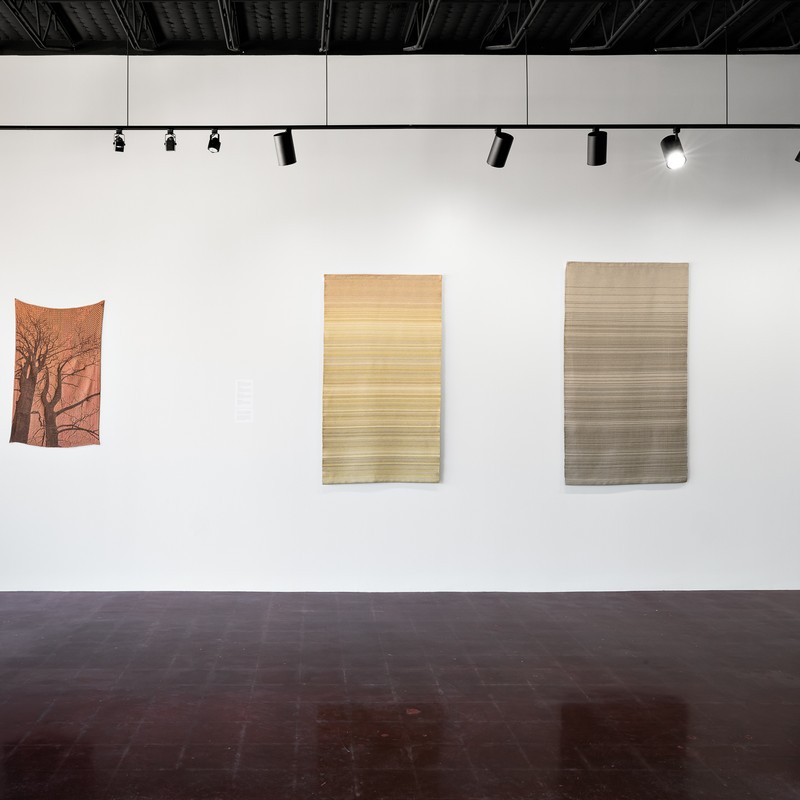