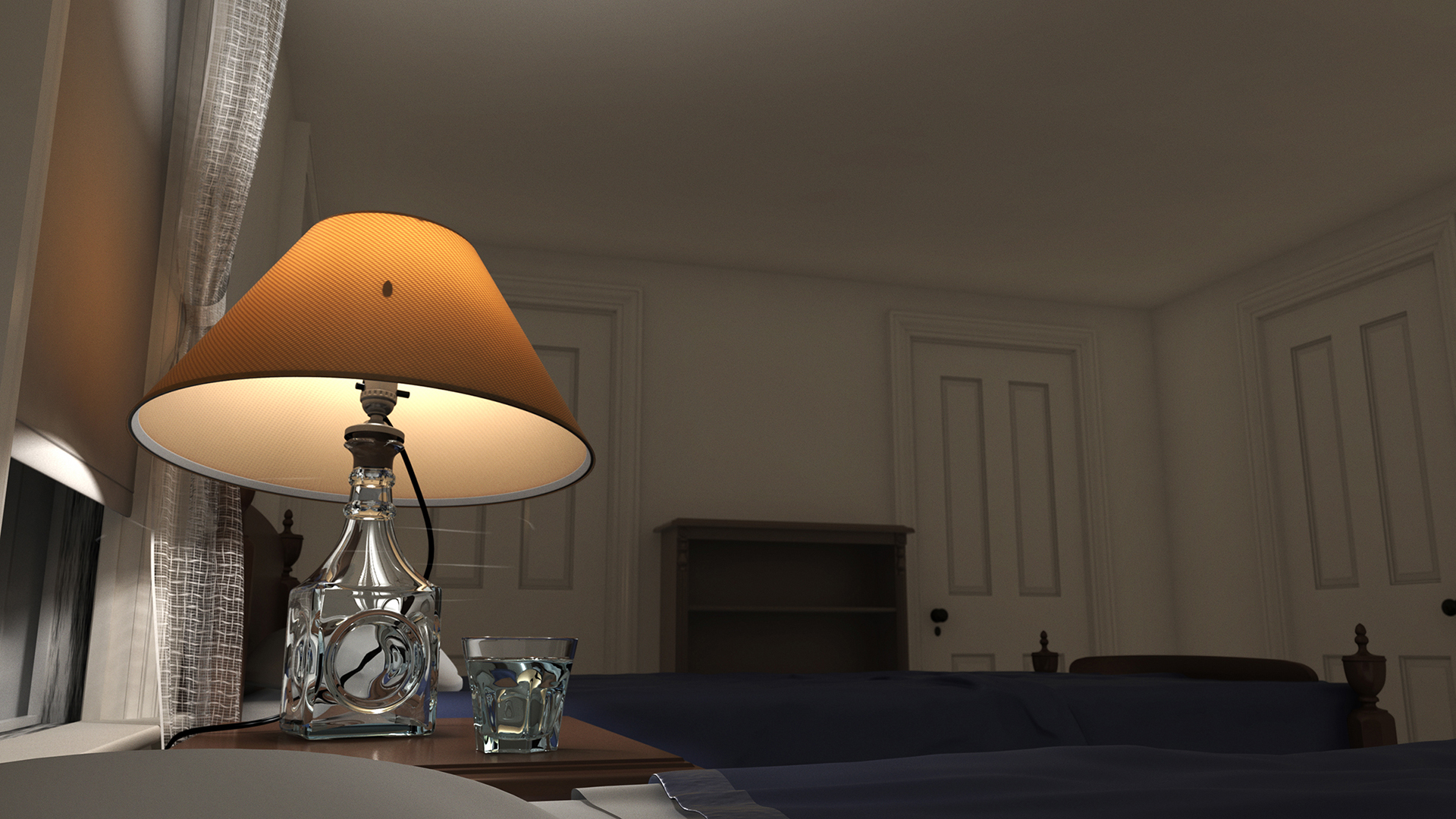 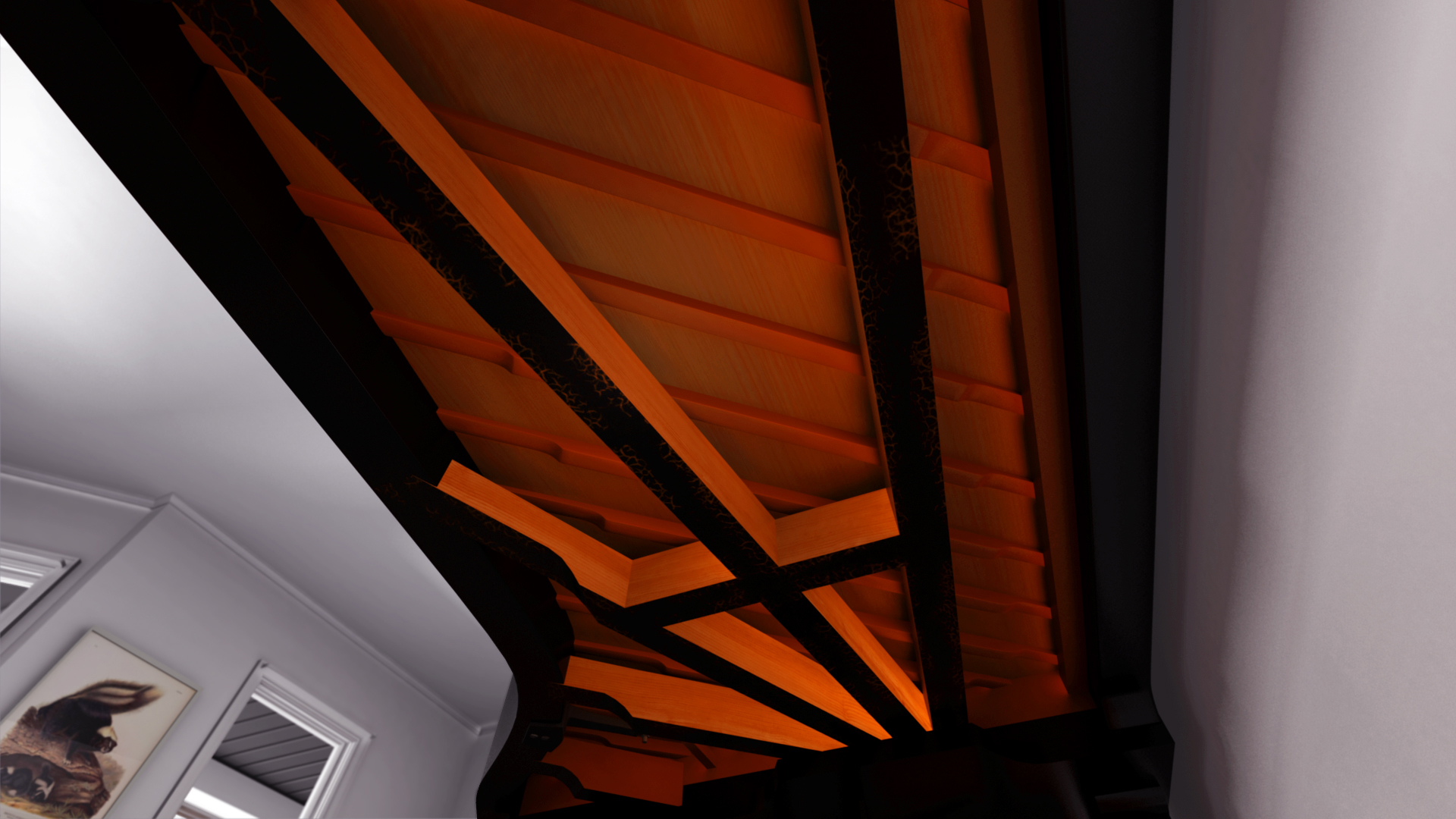 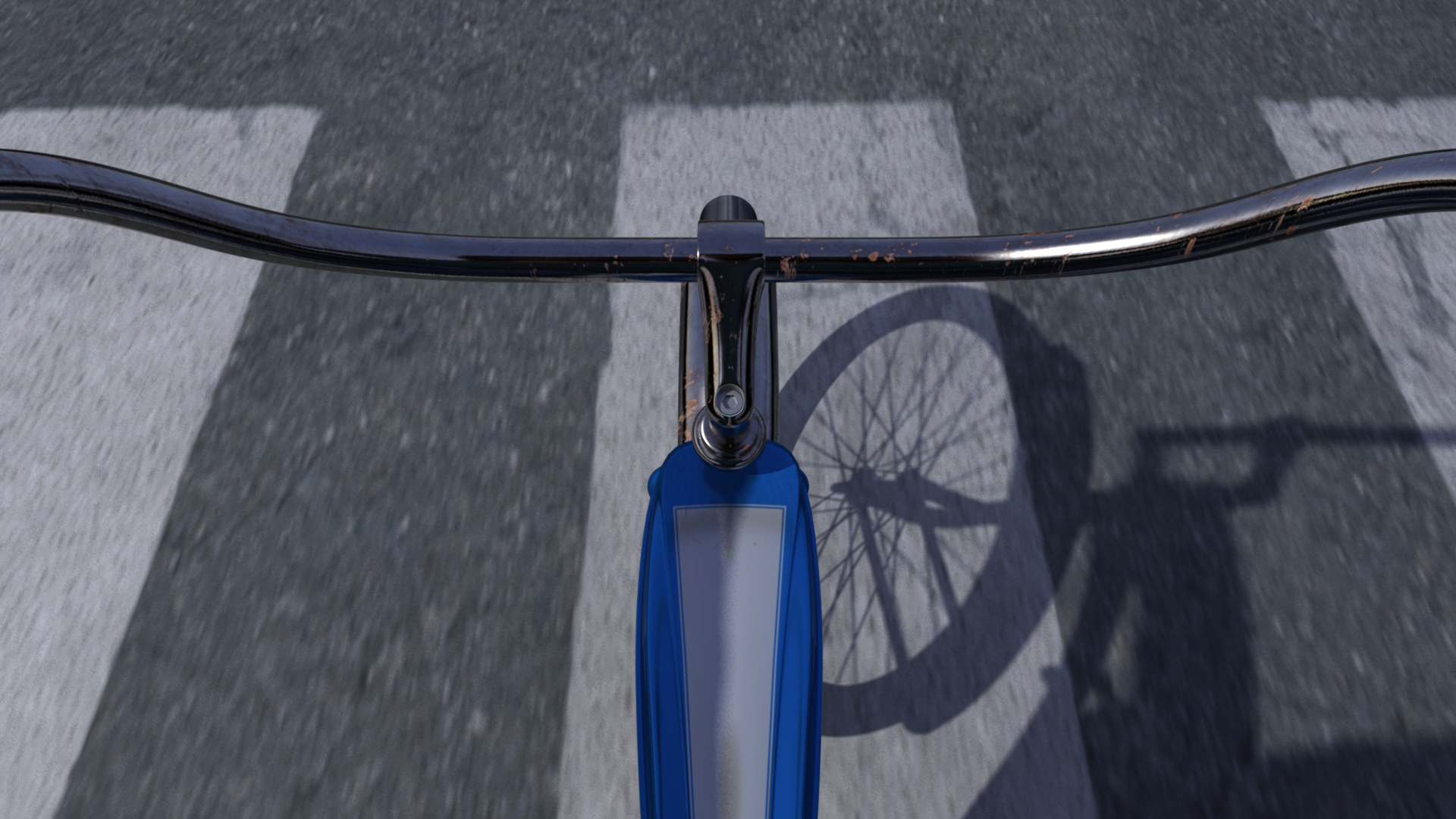 Adam Hurwitz is an artist living and working in New York City. After many years as an experienced painter, he switched his primary medium to digital video. He uses the computer-animation software Maya to create his work. Normally used to create special effects and slick advertising, Hurwitz instead subverts the medium to make quite visual poems about memory. The videos are about what we hear when we stop talking – and begin listening to ambient sounds. They are about the complex texture of memory from the everyday of childhood: those feelings of dislocation, beauty, and poetry that occur in the spaces of the ordinary. They offer a way of observing the world in stark contrast to our spectacle-driven culture. “Hide” (2017) begins within a chamber of wooden slats, which, as the view pans out, we understand is the underside of a piano. We see the floor, walls and furnishings of a living room, and hear the sounds of a ticking clock reverberating in the strings of the piano. The piece is based on a highly specific recollection of the artist’s childhood home in New England. However, its openness conjures a collective childhood memory: of crawling underneath furniture and seeing what the world feels like from there, and the sudden shift in scale and seclusion one experiences when moving out from under its protective architecture. Each frame in these videos is painstakingly rendered in Maya, lending it an uncanny relationship to photography and the real world. They have a crisp, pristine quality, and the vantage points emphasize an architectural angularity. But these perspectives also heighten a sense of loneliness, dislocation, and oddness: the kind that children can experience in the everyday, even within a protected environment. People are suggested only through activity or sounds, but almost never imaged. Hurwitz created the audio tracks for the pieces largely from his own ambient recordings. Adam Hurwitz received his M.F.A. in painting from Yale University and has exhibited in solo and group shows in New York City, Boston, San Diego, and elsewhere. Grants include the Joan Mitchell Foundation and a 2014 NYFA grant in Digital/Electronic Arts. He is a recipient of MacDowell Colony Fellowships in 2015 and 2017, and Yaddo residencies in 2016, 2018 & 2019. He is currently a recipient of the Elizabeth Foundation for the Arts studio residency. His work has been reviewed in The New Yorker and he was the featured artist in the Fall/Winter 2015 issue of the Tupelo Quarterly. Recent solo exhibitions include extraOrdinary, at STUDIO10 Gallery in Bushwick, Brooklyn, Pause/Play at Lithium Gallery in Chicago, both 2018, and “Time’s Marrow” at the South Bend Museum of Art, 2019. Recent group shows include Currents New Media Festival in Santa Fe, NM, 2017 as well as the traveling exhibition, “Real-Fake” in 2017/2018. 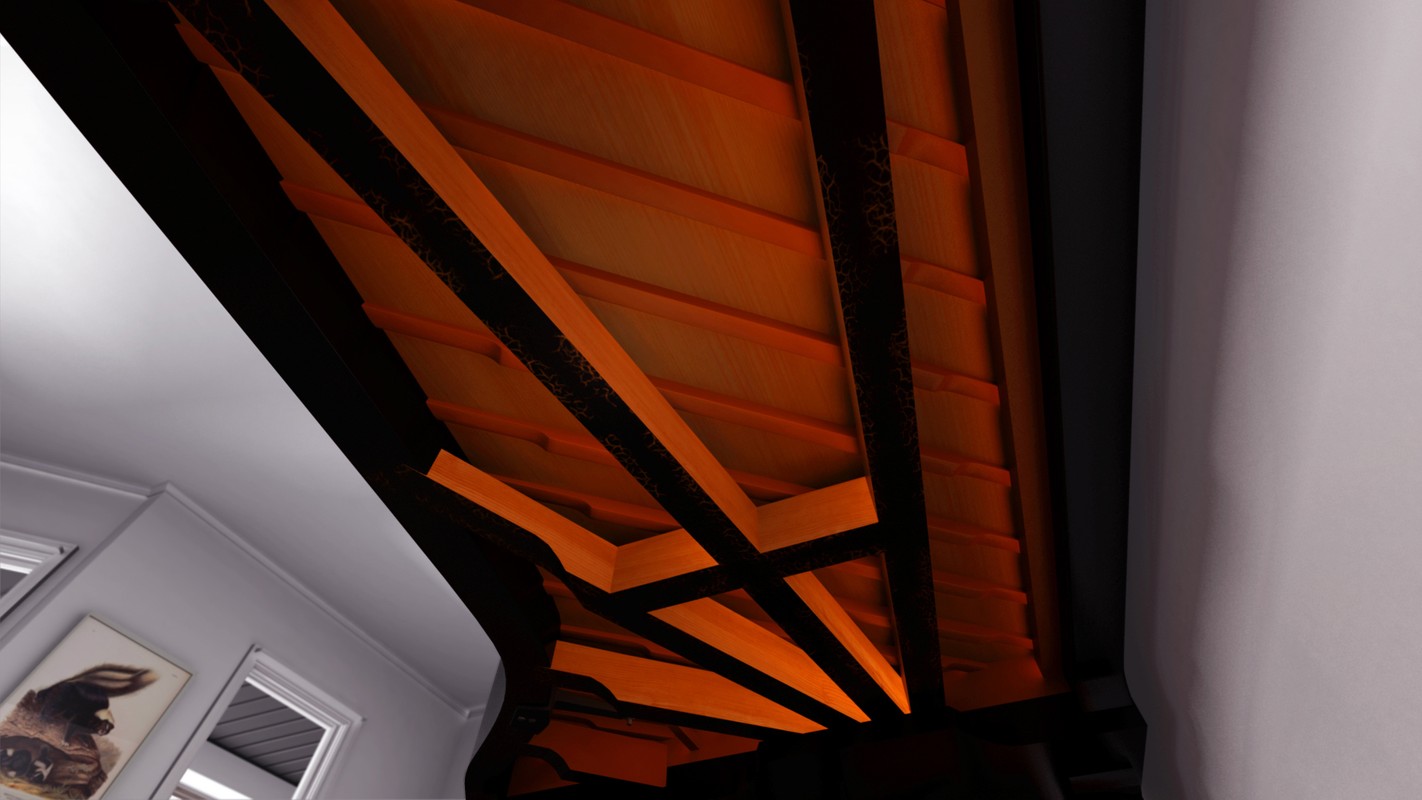 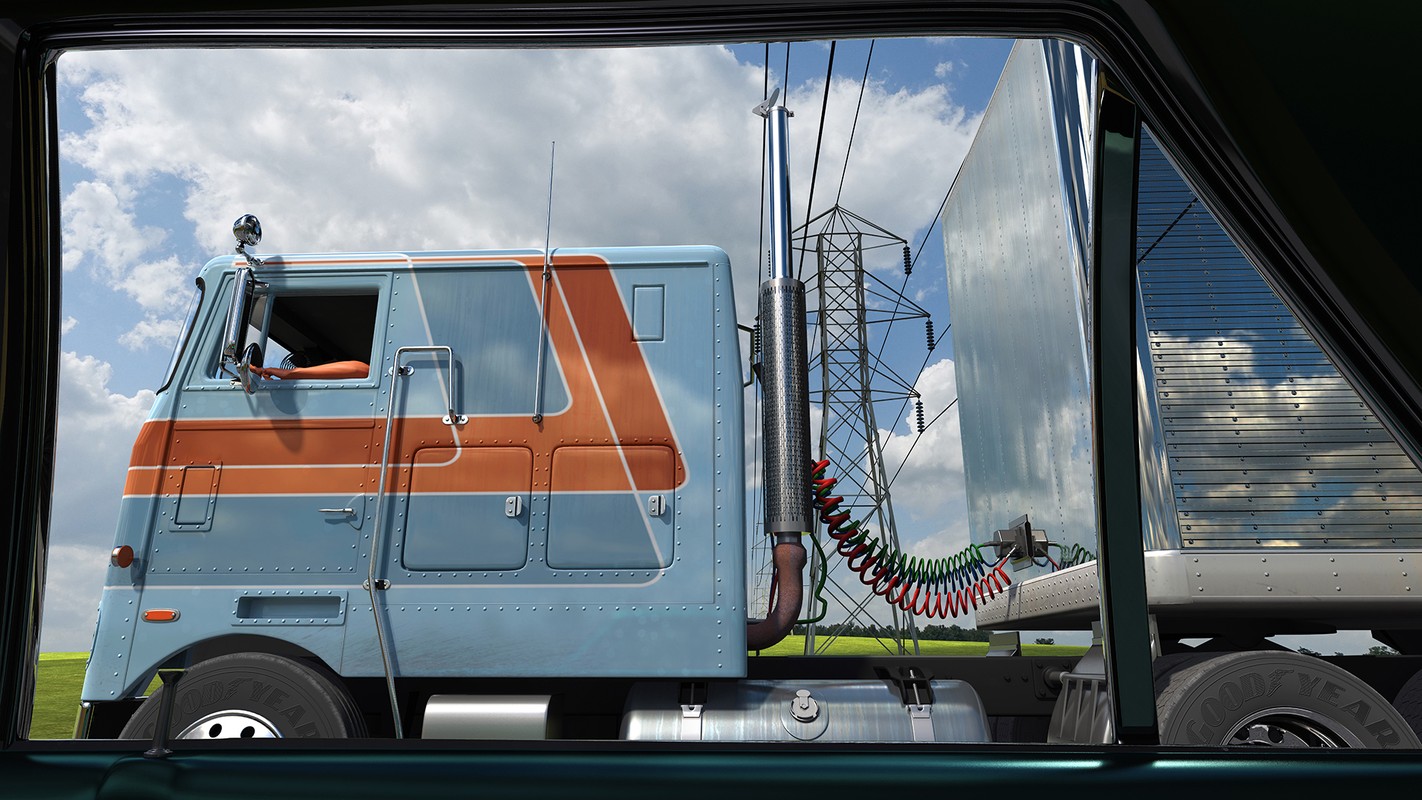 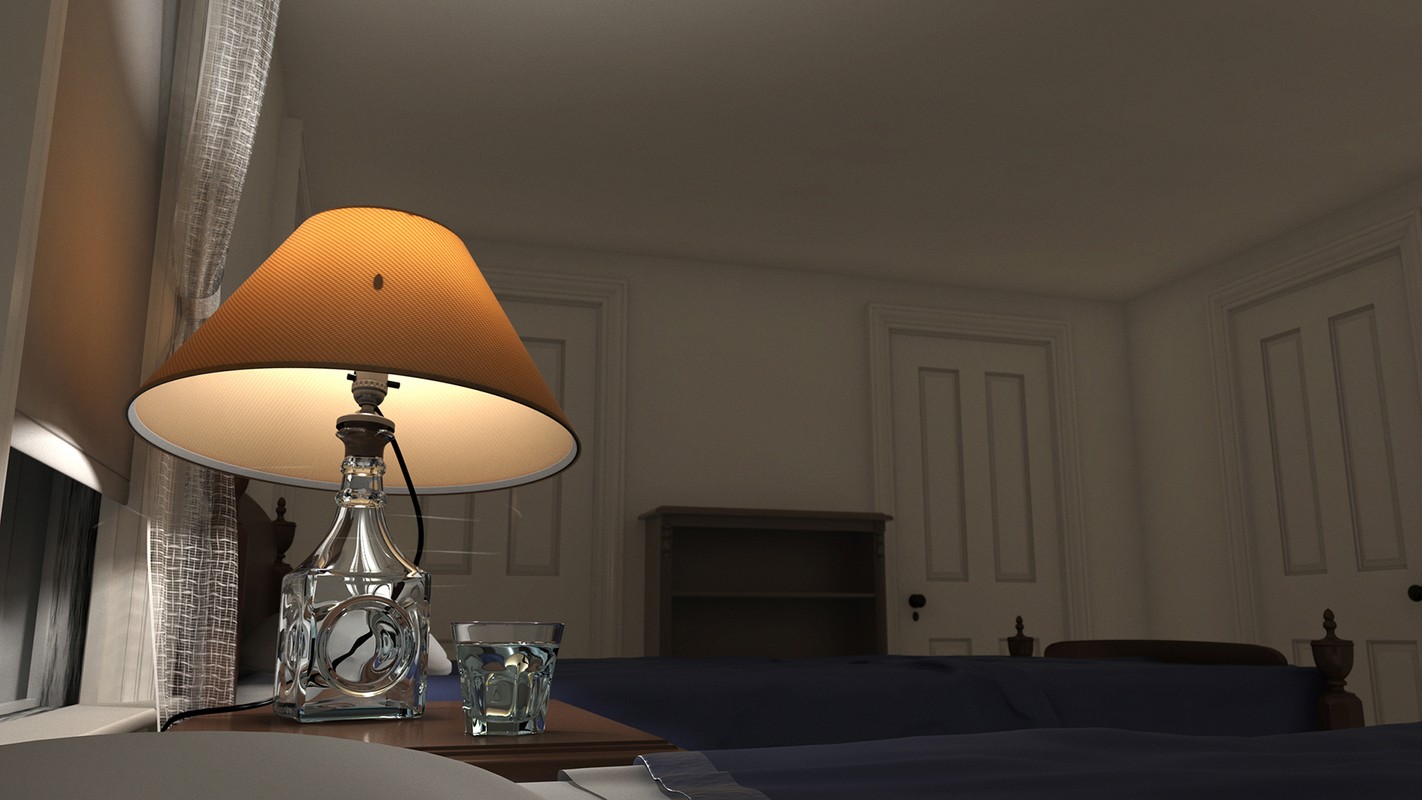